The NFL Conference Championships are just a few days away. The previous rounds have produced some truly surprising results and this weekend looks set to be full of exciting action. Here is a preview of the two final matches.

This weekend the New England Patriots and the Jacksonville Jaguars will face each other in the 2018 AFC Championship Game and battle for a spot in the Super Bowl after successfully making it through the Divisional Round last weekend.

Many are expecting a truly exciting game. New England have proven themselves on numerous occasions and their experienced squad is facing a Jacksonville club that had not reached the postseason in ten years but has enjoyed successive wins in the 2018 playoffs.

The Patriots are strong favourites to win with odds of 2/9 compared to the Jaguars who are at 10/3. This is the Patriots’ record seventh consecutive AFC Championship Game and a victory would see them reach the Super Bowl for a third time in four years. With the Patriots having an excellent record against the Jaguars and their impressive performance against the Tennessee Titans last weekend, the odds are no real surprise.

However, Jacksonville has produced a number of surprise wins this season and looked very confident when they upset the Pittsburgh Steelers. However, they went in to that game having already defeated the Steelers at Heinz Field back in October. Conversely, they haven’t had anywhere near as much success against the Patriots, having won just one of eleven games against them since they entered the league as an expansion franchise in 1995.

Their sole victory over the Patriots was back in a 1999 AFC Wild Card, before the arrival of Bill Belichick and Tom Brady. Since the pair took over in 2001 the Jaguars have lost all seven matches against the Patriots including two post season showdowns and a humiliating 51-17 defeat in their last match in 2015.

All eyes are likely to be on the Patriots’ quarterback Tom Brady. In his last two championship matchups at home he has racked up 610 passing yards and six touchdowns while only throwing one interception.

However, he hasn’t been perfect at home with a Super Bowl place available since 2011. He was intercepted on four occasions in back-to-back AFC Championship Games against the Ravens in 2011 and 2012. On the other hand, he has played the Jaguars five times in his career and averaged 273.8 passing yards and thrown for 11 touchdowns with two interceptions. If he follows this recent trend and repeats his past performances against the Jaguars then the Patriots are likely to reach their third Super Bowl in four years with relative ease.

The Jaguars’ defence will have to contain Brady and to do this they need to silence the ground game of the home team. They held the Steelers to 83 rushing yards in the divisional round last weekend and limited the Buffalo Bills to 130 yards in the wild card round so this is certainly not beyond them.

They will also need to keep a close eye on Rob Gronkowski. The 6’6″ tight end averages 76 receiving yards per game in the postseason, with three 100-yard performances. The Jaguars’ trio of Smith, Jack and Paul Posluszny will be looking to contain Gronkowski and force Brady to target his other options that will be covered by cornerbacks Jalen Ramsey, A.J. Bouye and the rest of the Jaguars’ secondary.

The Jaguars are certainly going to find it tough to overcome a determined and well-trained New England team and if they don’t manage to contain the key players it could be a very one sided game indeed.

The Patriots team features 41 players that together have taken part in a total of 317 playoff games before this post season. A total of 30 more players and 275 games more than the Jaguars can claim. However, the Jags are yet to let their lack of playoff experience hold them back and are deservedly in the final four teams competing for a Super Bowl LII title. They are sure to give this game everything they have and it is possible that it will be a far closer game than expected.

Both of these teams won incredible divisional-round battles to reach the NFC Championship Game. They are both hoping to win their first Lombardi Trophy, they have combined for six Super Bowl appearances but neither has managed to finish the year on top. However, one of them is guaranteed to play in the Super Bowl so this year could be the first.

.@AmericanAir has flown #Eagles fans to Philly all season long. These lucky fans were here for the playoff win over Atlanta! pic.twitter.com/Qk7WuvvghA

Here the favourites to win are the Vikings with odds of 4/7 compared to the Eagles’ odds of 29/20. However, there are likely to be some on-pitch battles that could make all the difference to the outcome of the game.

Once teammates, Nick Foles and @casekeenum7 are now leading new teams into the NFC title game.

The battle could come down to Viking’s wideouts Adam Thielen and Stefon Diggs against the Eagles’ cornerbacks Ronald Darby and Jalen Mills.

On the whole the Eagles have had a good year against the pass and Football Outsiders have ranked them seventh in pass-defence DVOA (defence adjusted value over average). However, they will be facing a tough challenge on Sunday when they come up against the Vikings wideouts Adam Thielen and Stefon Diggs.

Thielen has had a fantastic season, he has caught 91 passes for 1,276 yards and four touchdowns. Eight times he has posted games of 89 receiving yards or more in 16 regular season contests.

Similarly, Diggs is coming to this game after one of the best plays in NFL playoff history when he scored on a 61-yard touchdown with no time remaining to beat the New Orleans Saints 29-24 in the divisional round. Furthermore, the former Maryland Terrapin has proven his talent in the end zone having scored eight times in fourteen games while suffering a groin injury for part of the season.

The Eagles’ cornerbacks Jalen Mills and Ronald Darby will have to be at their best against the Vikings’ pair as both of them have the potential of breaking a game open on a single play. However, if they can contain the pair then it should be a significant help in reaching the Super Bowl.

Elsewhere on the field, the Vikings will have to be careful of the Eagles’ running backs Jay Ajayi and LeGarrette Blount. They are both punishing downhill runners who can wear down the opposing front seven. If the Eagles have the lead then they are likely to prove to be big weapons as they can help control time of possession and exploit the clock.

However, they are not particularly strong in the pass game (together they have caught just 18 passes for Philadelphia this year). If Philadelphia fall behind then they will not be able to make maximum use of the pair.

As a result, if Philadelphia does fall behind then the player to watch may be running back Corey Clement. Furthermore, he is a player worth watching whenever Philadelphia is within striking distance or has the advantage.

While he has only touched the ball 84 times this year, he has done a huge amount with his limited chances. He has amassed 444 yards from scrimmage and six touchdowns. He is an extremely versatile player who is more than capable of making plays out of the backfield.

He made the most of his opportunities last weekend against the Atlanta Falcons, making five catches for 31 yards in addition to a five-yard carry.

This year Clement has caught 10 passes for 123 years (on 15 targets) and two touchdowns. A likely tactic for the Eagles is to run the ball and keep pass-catching routes to short and intermediate distances to avoid turnovers and keep the Viking’s Harrison Smith out of the picture. If they adopt this line then Clement could have a prominent role in this game.

While nothing is certain, it seems likely that this will be a close game with a low score line. Generally the Vikings’ Thielen and Diggs are considered stronger than Mills and Darby. Add to this the motivation that the Vikings could become the first team to play a Super Bowl in its home stadium and it becomes clearer why they are the bookies’ favourites to win.

A Weekend To Look Forward To

All in all it looks set to be an extremely exciting weekend with plenty of action for NFL fans. While both matches have clear favourites to win, there is no guarantee in sports and either game could produce some surprises. The Super Bowl is just over two weeks away and all four of these teams will be determined to be a part of it.

You can find a huge range of odds and betting markets on both these matches at Winner Sports and can also enjoy in-play betting during the games themselves. Make sure that you don’t miss out on the excitement of the final weekend of the NFL Playoffs. 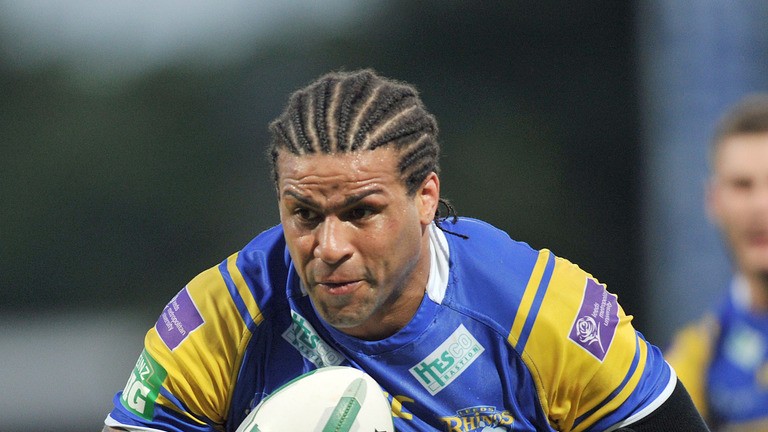