Huby was just halfway through his four-year contract with Huddersfield but told the team that he was unhappy under the new coach Rick Stone. He has now signed a three-year deal with Wakefield leaving Huddersfield somewhat unhappy.

Richard Thewlis, Huddersfield’s managing director, said, “This move was not of our making, nor in our plans, and has come somewhat out of left field. Craig informed our head coach Rick Stone that he was not happy here only a few days ago and Rick agreed to allow him to speak to other clubs. Wakefield then approached us and a deal was quickly able to be made between the clubs, that is the reality of the situation.”

However, Huby was clearly pleased describing he move as a “good change” and saying that he is excited to start work with his new club.

Allgood chose to leave Hull KR after the team was relegated at the end of last season. In two seasons at the Super League he has made 36 appearances and scored 6 tries and his move to Wakefield will see him reunited with his former coach Chris Chester.

He is clearly pleased about the move saying that he is “very happy” to be playing under Chris Chester once again and that he is “really looking forward to 2017”.

His views are shared by his former coach who said that he is “really looking forward to working with Mitch. I brought him in at Hull KR, so I know exactly what to expect from him and he knows what to expect from me. Mitch is a tough, no nonsense prop forward and a great leader both on and off the field. I am delighted to have secured his services for the next 12 months.” 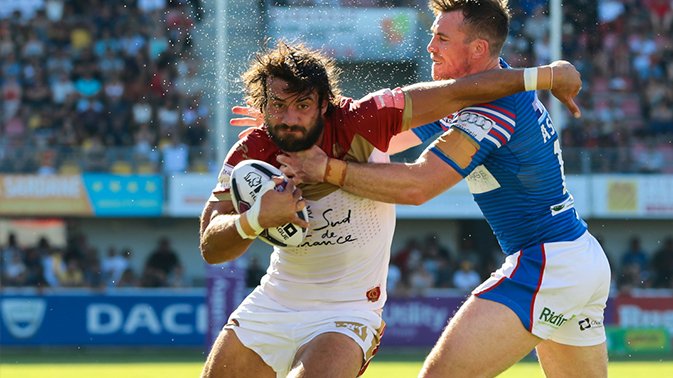