Allister Coetzee, the South Africa coach, has insisted that he will not be resigning following speculation over his future after the team lost to Wales over the weekend.

There has been growing speculation that he would be removed after the team’s four-match European tour and Saturday’s defeat heightened it. However, Coetzee has said that he has no plans to leave and that he feels the team is improving.

After their last match he said, “I’m signed on until 2019. That is what my contract says. The team has really grown. Its a really healthy team environment. They are hurting at the moment. They feel that they let themselves down and the country down. You can only feel like that if you have a good team environment. That wasn’t the case last year. Last year was a fiasco. Definitely a fiasco.”

Coetzee was allowed to make changes to the team setup after last year’s terrible results. He made a number of changes to his staff and was given more access to players throughout the Super Rugby season. He was also able to set a common coaching agenda for the country’s rugby teams.

However, despite some early signs of progress, a 57-0 loss to New Zealand put his future in the spotlight and this was made worse when the team lost 38-3 to Ireland last month.

Coetzee insists that his critics are not seeing the bigger picture, “If you look at outcomes only, then you are missing the plot completely. You have to create the opportunities for guys to come in. You’ve got to give players chances to grow. You cannot build Rome in a day. If you’re going to continue to look at the negatives, then you’ll get what you’re looking for. Then you can write what you want about that. But this side is on the up.” 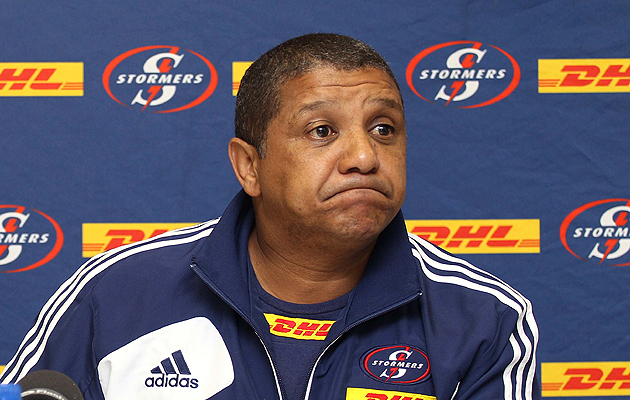