After fourteen years in charge, Steve McCormack has stepped down as Scotland coach. He took up the position at the start of 2004 and went on to lead Scotland to their first win at a World Cup and a quarterfinal berth in the same competition.

In a statement he said, “I would like to confirm I am ending my time as coach. It has been a massive privilege to coach the national team for so long. I am immensely proud of what we have achieved over 14 international campaigns.”

For many the highlight of his time will be reaching number four in the world rankings in 2016, for others it will be the team beating Fiji in 2008 for the nation’s first ever World Cup win.
McCormack himself said, “I can pick from a World Cup quarter-final, a European Championship title, and a historic draw against New Zealand in the Four Nations.”

Over the years the team has played 37 games under him, he has capped 112 players, including 96 debutants, and they won 11 of those games.

He explained his departure saying, “I have decided to stand down as head coach to enable a new coach to come in and build towards the next World Cup. I have enjoyed every minute of coaching on the international stage and look forward to future challenges.”

Scotland Rugby League will make an appointment ahead of next year’s European Championships. Chairman Keith Hogg has hailed McCormack as an “outstanding” coach and added, “On behalf of everyone involved in Scotland Rugby League, I would like to thank Steve for all his hard work over so many years”.

“Steve is held in very high regard by everyone involved in Scotland Rugby League. He is prepared to come and help anyone at any time and it is his support for all the elements of what we do in Scotland that many people will remember.” 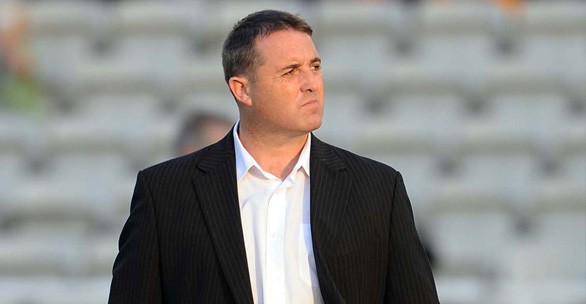