Williams have confirmed that Robert Kubica will complete a third test for the team next week in Abu Dhabi. The test will see him drive their 2017 car, the FW40, for the first time.

He will be in the car for both days of Williams’ Pirelli tyre test as the team make their final assessments before announcing their driver line-up for next year.

He will be driving in the morning session on Tuesday before current race driver Lance Stroll takes over in the afternoon. On Wednesday morning Sergey Sirotkin, currently Renault’s reserve driver, will drive before Kubica comes back in the afternoon.

Kubica suffered career destroying injuries in a rally crash in 2011. However, he is now thought to be the leading candidate to become Lance Stroll’s teammate next season following the retirement of Felipe Massa.

Nonetheless, he does face some competition in the form of current Williams reserve driver Paul di Resta, the former Toro Rosso driver Daniil Kvyat and the Mercedes junior and Sauber driver Pascal Wehrlein.

Kubica has already completed two one-day tests for Williams this year driving their 2014 car at Silverstone and the Hungaroring in October.

It seemed that Kubia, who is now 32 years old, had ended his own career when he sustained serious injuries to his arm and hand in a rallying accident in February 2011. However, he impressed in a test for Renault at Valencia in June this year and appears to be well on the way to making a comeback.

The upcoming test will be the second time that he has driven a current era F1 car. He drove Renault’s RS17 at the Hungaroring in August.

The final Grand Prix of this season, in Abu Dhabi, is taking place this weekend. 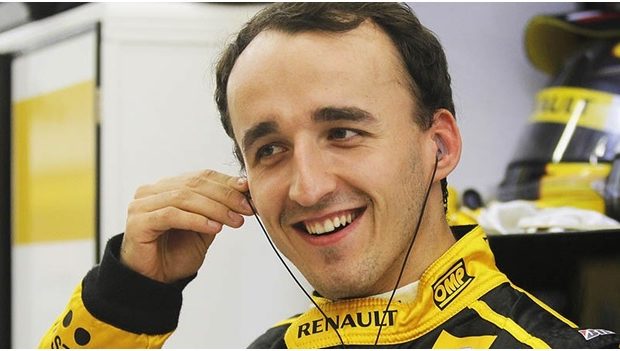