Valtteri Bottas has been confirmed as Lewis Hamilton’s 2017 Mercedes teammate with the Finn moving to the team from Williams.

Bottas was unveiled as the new member on the same afternoon that Williams confirmed that Felipe Massa has come out of retirement to replace Bottas in their line-up.

Check this out!
A special message from @ValtteriBottas​…
Just for you lovely lot!#GOBO77AS #F1 pic.twitter.com/UE9dcojWEj

Following the unveiling Bottas said, “We did the contract today and obviously I’ve been dreaming for a long time to drive for a team like this, a team of champions. So I’m really proud to be part of this and proud of what you’ve achieved in the last few years but also in the whole history of Formula 1. It’s mega to be driving a Silver Arrow myself this year.”

He went on to say that he has enough time before testing to get settled in and that his goal for the first race is to claim as many points as possible, “I’m still missing my first win, so that’s the mission.”

He also said that he believes that he and Hamilton can work well together. He said that Hamilton is a great “reference” and that he is sure that they will be pushing each other forward while at the same time working as a team and having a “good spirit”.

Toto Wolff, the Mercedes chief, has long-term links to Bottas having been part of his management. He said that the arrival of Bottas at Mercedes will create a “new dynamic”. He described Bottas as a “no-nonsense guy: down to earth, straightforward and very focused.”

Williams had insisted that Bottas would only be released if Mercedes, their engine suppliers, came up with a good financial deal for them and that they could find an experienced replacement. Following the deal Williams deputy chief Claire Williams wished him “a successful season as he joins Mercedes.” 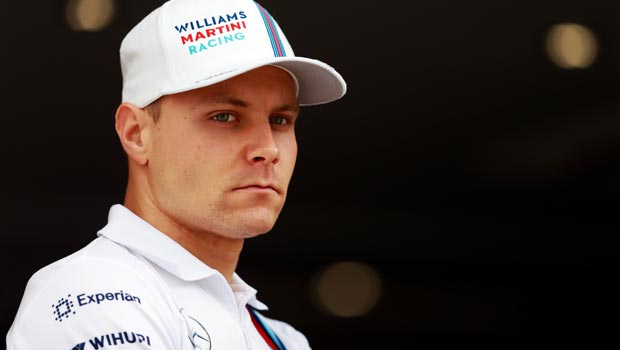 Bottas Confident of Being Treated Fairly at Mercedes