The Ferrari driver Kimi Raikkonen has said that it is too soon to predict whether his team can beat Mercedes this year but says that they are in a “much stronger position” than this time last year.

The team looked good at Winter Testing and topped the timesheets but have been urging caution after making a similarly strong impression in pre-season last year and then followed it with a winless campaign.

In Barcelona Raikkonen’s 1:18.635 was 0.7s quicker than the next fastest car and he says that the team has taken a step forward with the SF70-H.

Speaking after testing he said, “There are a few small issues but if we look a year ago, we are in a much stronger position. The car is very reliable; you expect small things to be happening when you are pushing the car to the limit. The guys have done an amazing job.”

He said that primarily the car is “nice to drive” but wouldn’t speculate on whether they can win races saying that it is still early days. Nonetheless, he said that they “have to be positive with how we have gone forward as a team and as a group.”

The season opening in Australia is fast approaching and the team’s pace means that they are now predicted to be Mercedes’ main challengers in Melbourne.

Lewis Hamilton has already said that Ferrari, which hasn’t won a constructors’ title since 2008, are the favourites and Valtteri Bottas has said that Mercedes “can’t be confident” about securing a fourth straight title this year.

Nonetheless, there have been reports that Mercedes were running a lower engine mode on their W08 during testing which cost them around 0.6s a lap. Furthermore, Raikkonen’s teammate, Sebastian Vettel, has insisted that Mercedes are the team to beat, “Mercedes are still very fast if you look at their long-run pace. Historically, look at how slow they go in testing before ramping it up for races.” 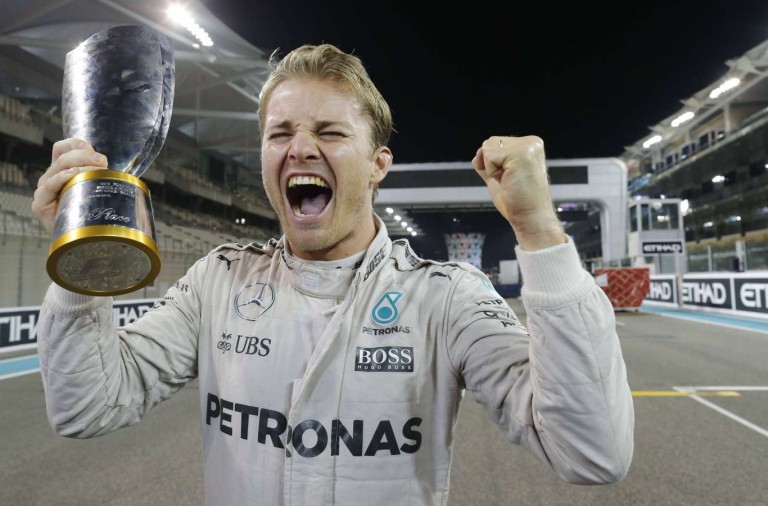