Robert Kubica has said that securing a 2018 Williams race seat will be the “most difficult” step of his attempt to make a return to F1 as the team continue to consider their options for next year.

Kobica has completed three tests for the team, including one in their 2017 car and 128 laps in the FW40. He had not driven an F1 car for six years before he tested for Renault in the summer but he believes that the series of tests have demonstrated that he is fast and physically fit enough to return to racing.

Speaking to Sky Sports News while waiting to hear from Williams he said, “When you feel there’s a good chance to be in a position to do properly the job it’s a difficult period. The last step is the most difficult one. I’ve done many of them to arrive where I am and to achieve what I have achieved this year, but the last one is the toughest one. Let’s wait and see. It is a challenging way of coming back for me with my limitations, but the progress I have done in all the tests is giving me good confidence that I will be able to do it.”

Last weekend Sauber confirmed their drivers for next year, which means that Williams are the only team with a seat left open.

Together with Kubica, there are a number of drivers being considered by Williams, Paul Di Resta, Daniil Kvyat, Pascal Wehrlein and Sergey Sirotkin, and the team management have said that they will not rush the decision.

Williams technical chief Paddy Lowe said that Kubica “is certainly well in there” but refused to offer any further comment saying, “we’re not giving out any clues at the moment.” 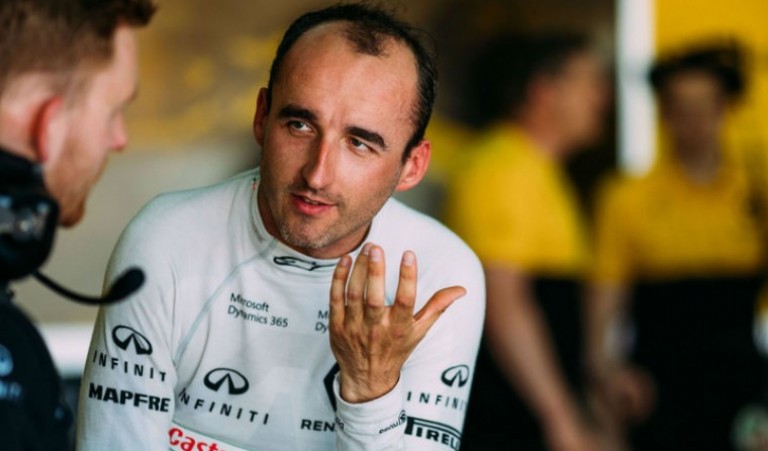