Ahead of tomorrow night’s Champions League game Pep Guardiola has said that he hopes his players are better prepared for the “x-ray” awareness of Lionel Messi.

When the teams played a few weeks ago at Camp Nou it was Messi that scored the opening goal and at times he appeared to be strolling around the pitch. However, Guardiola has cautioned that this is when Messi is at his most dangerous as he has a great understanding of the space around him.

This certainly proved to be the case in their last meeting where Messi was able to score a hat-trick in their 4 – 0 win. Now Guardiola is warning his players to pay more attention when Barcelona visit the Etihad.

“Messi spends the match making a mental X-ray of every space, every moment” Guardiola said, “It looks like he’s walking. It seems like he is alone – detached. Or when he sees the defenders are watching him, he will wander off into a space of his own.”

Guardiola said it often looks as if he is just “ambling” and that he may be the player that runs the least in the entire Spanish League but warned that when the ball reaches him “he knows the complete time-space x-ray of who is where. Then… pow!”

City has picked up just one point from their last two Champions League games away at Celtic and Barcelona and are in desperate need of a win. Borussia Monchengladbach could overtake them in the table if they beat Celtic at home and City are yet to travel to Germany.

Despite not starting against Barcelona last time Guardiola has said that Sergio Aguero will be starting on Tuesday. Aguero scored two goals in City’s 4 – 0 win at West Brom demonstrating his importance to the team. 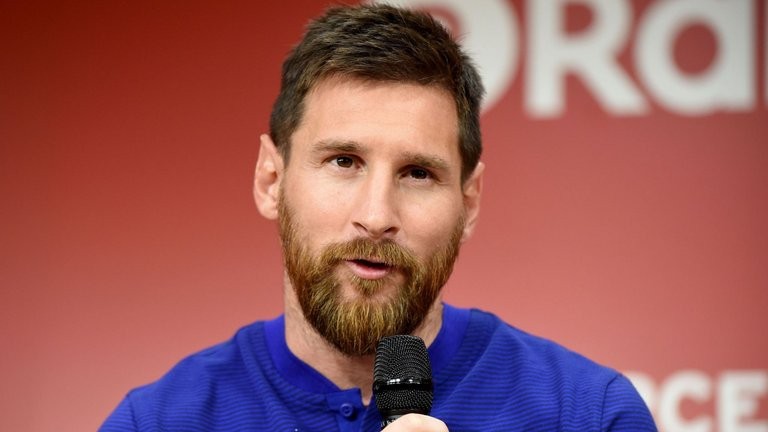