It was another thrilling weekend of Premier League action with Liverpool, Chelsea and Watford maintaining their perfect start to the season while the newly promoted Wolves surprised Manchester City.

Unai Emery will be feeling some relief after securing his first win as Arsenal manager and sending West Ham to the bottom of the table having lost all three of their matches. Fulham also enjoyed their first win of the season, while the low point of the weekend was probably Cardiff and Huddersfield’s boring goalless draw.

Now that a few days have passed, we can take a look at some of the biggest talking points from the weekend with a better sense of perspective.

Manchester City May Not Be As Dangerous As Last Season 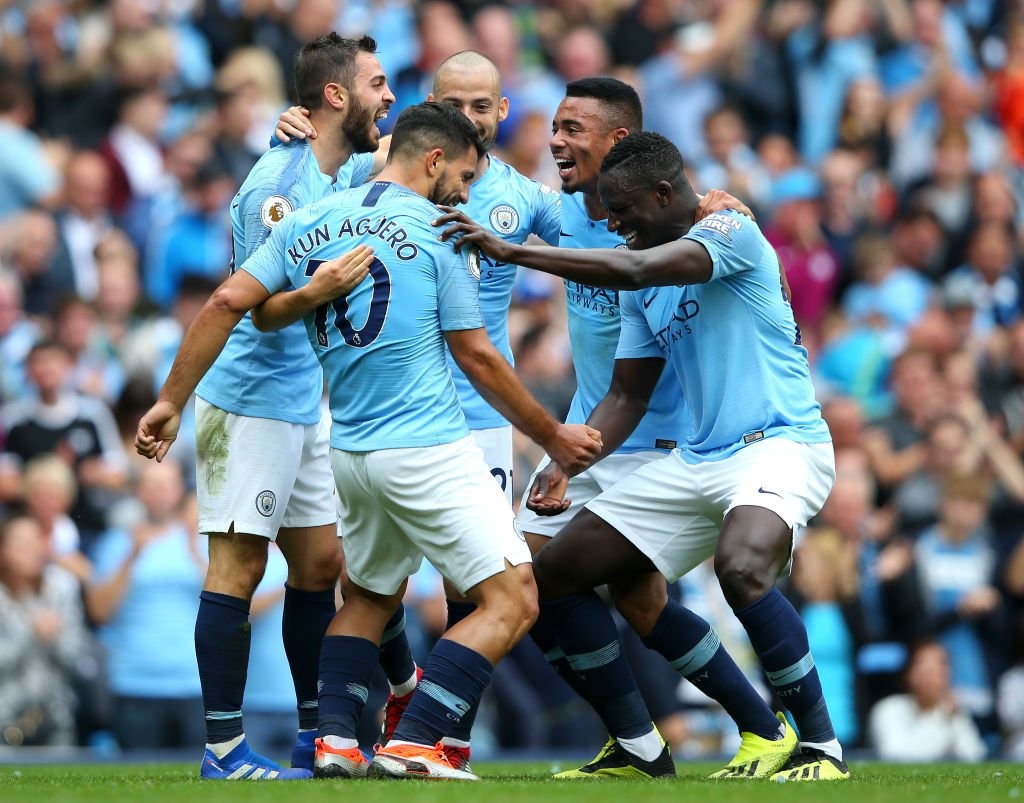 Last year’s champions faced a newly promoted team on Saturday, and while they were not playing at home, most people were expecting an easy win for Manchester City. Just last week Manchester City had scored six goals against Huddersfield and a similar score line was expected once again. However, to the surprise of many Wolverhampton Wolves rose to the challenge and held City to a 1 – 1 draw, and in doing so will have given a boost to all the other teams in the Premier League.

While in the Championship last season, Wolves took pride in being fearless in all their games and Nuno Espirito says that he has no plans to change this attitude in the Premier League, despite failing to beat Leicester City or Everton. However, the tactic proved its worth against Manchester City. Last season Crystal Palace used the same tactic at Selhurst Park and were very close to winning. Liverpool took on City four times last season and won three by pulling out all the stops.

On Saturday, Wolves showed real intelligence in their play and used the same kind of tactics that City often make use of. Ryan Bennett threw himself in front of Ederson to stop the goalkeeper launching a quite counter attack, and Joao Moutinho looked to be inspired by Fernandinho with his nudges of the ball and tactical fouls.

The message sent out by the match to the other teams is that they can choose to sit back like Huddersfield and watch City make mincemeat out of them, or they can emulate the Wolves, be brave, and throw everything they have at City.

Chelsea Should Have Planned Better for the Transfer Window

Chelsea travelled up to Newcastle on Sunday for what was largely a very dull game. Absent from St James’ Park were Gareth Southgate and Steve Holland, and it is a good thing that they were. Had they made the journey ahead of announcing the next England squad later today, they would have had a wasted trip as, for the first time this season, there were no English players in Chelsea’s starting team.

Ross Barkley had his place taken by loan signing Mateo Kovacic, and while Ruben Loftus-Cheek was on the bench, he remains low down in the pecking order at Chelsea.

Chelsea failed to sell Thibaut Courtois early in the summer transfer window and this means that they had to take second place to the Spanish clubs in the negotiations and ended up taking Kovacic on loan, at the expense of their English talent. 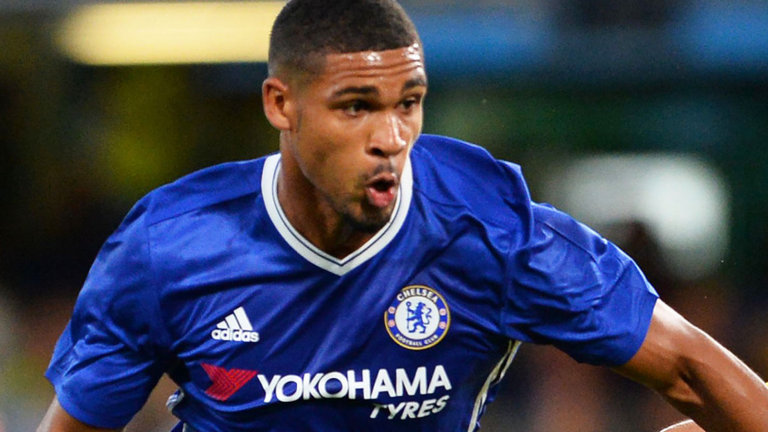 Maurizio Sarri has suggested that Loftus-Cheek may be able to leave in January, but by then it seems like it may be far too late. Speaking at the weekend the Chelsea manager said, “I have spoken with him twice this week, after I spoke to the club, so I think that Loftus-Cheek will remain with us. We can speak again about his situation, but only in December.”

Arsenal’s Old Problems Have Not Disappeared

With the arrival of Unai Emery at Arsenal there was a new sense of hope for the team, and fans were hopeful that it would be a turning point in the club’s fortunes.

While Unai Emery is only three Premier League games into his time in charge, it is clear that some of the problems he is facing have not yet been addressed or fixed.

For much of Saturday’s match West Ham looked to be the better team and Marco Arnautovic’s goal in the twenty-fifth minute was certainly not a shock. Before he finally managed to hit the ball home from range, he had twice come close to scoring due to individual defensive errors from Arsenal. 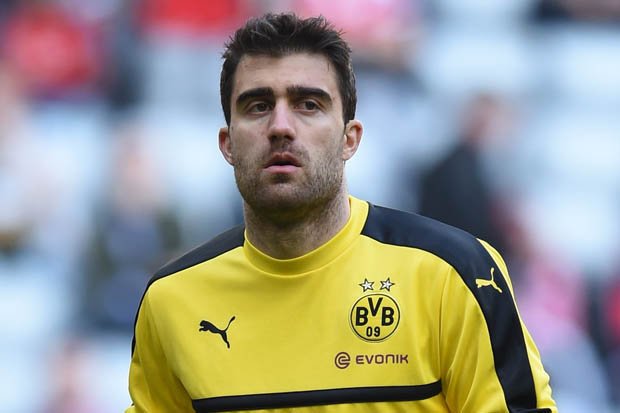 Both Shkodran Mustafi and Sokratis Papastathopoulos are potentially good defenders, but Emery needs to find a system that prevents them from being frequently exposed, which may require upgrading some players such as Granit Xhaka and Matteo Guendouzi.

Emery, who in the past has been in charge of Sevilla and PSG, is sticking with his style of playing out from the back, so it seems likely that Bernd Leno will soon be replacing Cech in order to address some of the issue. There are already positive signs, with Arsenal showing glimpses of good attacking play, much of which was thanks to Henrikh Mkhitaryan.

In short, while there is still a great deal of work for Emery to do, there are signs that things are moving in the right direction.

Referees May Be Too Eager To Show Cards

On Saturday four red cards were shown, two of which were for violent conduct, one was for deliberately denying a goal scoring opportunity and one was the result of two yellow cards. Jonathan Hogg and Richarlison were sent off for putting their heads towards an opponent, and according to the rules that is a red card. However, in both cases, the managers felt wronged. Marco Silva gave a good summary of the situation when he said that Richarlison had been “naïve”, while David Wagner said Hogg’s red card was “soft”.

Eddie Howe has claimed that Adam Smith “brushed” Theo Walcott, which sent him falling to the ground to earn him a red card. There has been a great deal of talk about soft decisions and it comes after Mohamed Salah controversially won a penalty against Crystal Palace after receiving a light touch from Mamadou Sakho.

However, the question is, does the responsibility lie with the referees or the players. Ideally fans want to watch players playing the game fairly and with a certain amount of respect for each other. However, there seems to be an increasing amount of dramatics and exaggerations from players seeking to gain a competitive advantage.

Due to the process of frequently giving soft decisions, referees are now more likely to reach for their whistle in the fear that they may have missed something. A good example of this is the penalty that Chelsea were awarded at St James’ Park.

Burnley Are in Trouble

It has long been said that playing in the Europa League results in poor form in the Premier League and in the case of Sean Dyche and Burnley, it certainly seems to be true. Due to their Europa League commitments, Burnley have already played seven more hours of football than any other club in the Premier League, and they face at least another 90 minutes tonight when they play the second leg of their qualifying match against Olympiacos.

Dyche has consistently said that he will not use Burnley’s European matches as an excuse for poor performances in the Premier League. Recently he said, “The fitness here is unbelievable, the players’ mental and physical fitness is absolutely fantastic.”

Burnley have had a relatively easy start to the Premier League season, having played Southampton, Watford and Fulham, however, they have secured just one point. The season is only going to get harder, and if Burnley remain in the Europa League, then they could find themselves in real trouble.

See the best bits from Tuesday night from an alternate angle 👀

Bournemouth can be proud of their record of collecting 20 points from losing positions so far this year, and this never give up attitude was evident at the weekend when they managed to earn a draw against Everton despite being 2 – 0 down in the second half. However, while their games are usually exciting, the team really need to start taking control from the beginning and not conceding so many goals.

Speaking about it Eddie Howe said, “It’s not something we are looking to do. We are looking to take the initiative and win the game when it kicks off. That’s the type of team we are. At our best we are very front foot and very aggressive. It’s not like we are sitting back waiting to concede and then we attack. These things have happened. From my perspective, I hope they keep happening when we go behind. But I would like us to be a little bit more ruthless when it’s 0-0.”

If the team can start living up to Howe’s words and vision, then they could soon find themselves in a far stronger position.