Kylian Mbappe has said that he believes his partnership with Edinson Cavani and Neymar and PSG will only improve with time.

The trio have scored 38 of the team’s 58 league goals this season and set a record of 25 group stage goals in the Champions League. However, Mbappe believes that they will become even more impressive with time.

“We know each other very well, but there is still some understanding that we can build up to know each other by heart,” Mbappe said speaking at PSG’s winter training camp.

He also said that he thinks playing with such talents will only help him maintain his development, “It’s really incredible. I watch what they do to try and learn. When you have Cavani, who for me is the best striker in the world, and Neymar, who has everything to be the best player in the world, you have a lot to learn.”

Their impressive performances have brought them global recognition with Cavani finishing eleventh, Mbappe seventh and Neymar third in the 2017 Ballon d’Or vote that was won by Real Madrid’s Cristiano Ronaldo.

Their teammate, Dani Alves, recently said that he is confident that Neymar will one day win the award. 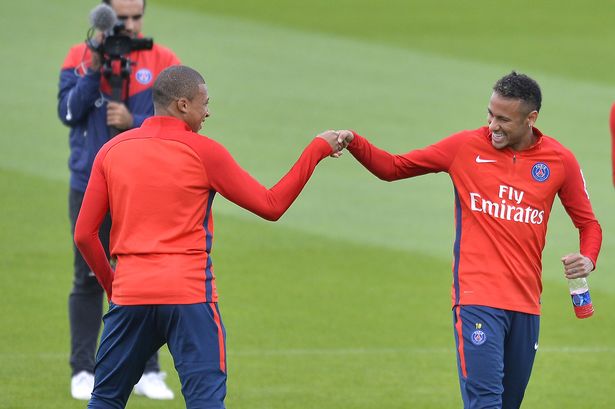