Now that the dust has settled, the World Cup is over, and France have claimed the title, there is some space for reflection on the performances of players from all of the teams. Here we take a look at some of the top players from the 2018 FIFA World Cup.

Many think that Modric was the best all-round player at the World Cup. He was excellent in the midfield, created many chances and scored some crucial penalties. He also led the team extremely well and took them all the way to the final. While the team lost to France, Modric still deserves a huge amount of credit for an outstanding performance.

During the World Cup Kylian Mbappe once again showed the world what a fantastic player he is. He is incredibly fast, fantastic at getting the ball under control with a first touch, and dribbles like the Brazilian Ronaldo. Mbappe looks on course to become the best player in the world and he will have gone home happy to become the first teenager since Pele to score four goals at the World Cup, including one in the final.

Four years ago almost no one had heard of N’Golo Kante, but since then he has won the Premier League twice, the FA Cup, won the Player of the Year award, and now won the World Cup. He is easily one of the best defenders in the world, as shown by the fact that he made the highest number of interceptions at the tournament (twenty, tied with Roman Zobnin). He also showed that he can dribble with the ball at pace down the wing, leaving many defenders struggling to keep up.

During the World Cup Kevin De Bruyne created fifteen chances from open play, more than any other player managed in the tournament. Furthermore, he did this while playing in a deep midfield role that could have taken him completely out of the game. On the occasions when manager Roberto Martinez changed the system so that De Bruyne could influence games, he did so with true style. Furthermore, his long-range goal against Brazil was one of the best of the tournament and he made a significant contribution to the counter-attack goal against Japan.

Eden Hazard has the dubious honour of being the most fouled player at the World Cup. The opposition always did everything they could to get him away from the ball, and often resorted to grabbing his shirt or kicking him. He showed some excellent close control and was one of the most exciting forwards in the tournament. He was constantly attacking and always ready to burst or trick his way past defenders. In total, he scored three goals, made two assists, and created thirteen chances from open play.

Pogba was exceptional throughout the tournament. He was consistently incisive, he never over played, he was a true team player, and had a number of exceptional moments. For example, in the final he played a 50 yard volleyed pass off the outside of his boot that had enough backspin to slow into the exact path that Kylian Mbappe was running down.

While there are no outstanding statistics from Raphael Varane, he was easily one of the most complete defenders at the tournament. France were excellent at the back it was largely down to Varane’s composed control of the back four. He won a total of 27 aerial duels and made just one tackle. At the age of 25, Varane can now add World Cup victory to his four Champions League medals, to La Liga titles, and three World Club Cups.

Ivan Rakitic, together with Luka Modric, gave a midfield masterclass at the World Cup and he was absolutely crucial to Croatia’s fluid control system. You could often see Rakitic between the centre backs to lead build up play. On occasion, he put himself in attacking positions and he scored one goal and created 10 chances. He could also be seen doubled up in wide areas to ensure Croatia’s possession. Based on his performance, it is no surprise that Xavi, his ex-Barcelona teammate, claimed that Rakitic was one of the best signings Barcelona has made.

While Griezmann dived to secure the free-kick that opened the scoring for France in the final, it is not unusual to see devious players doing well. His dubious tactics aside, Griezmann is an incredibly fast thinker, spotting opportunities to attack, finding spaces to move into, and passing to team mates through gaps that many would not spot. He scored four goals, including two penalties, making him the joint second top scorer, and he certainly deserves a lot of credit for his performance.

Philippe Coutinho pulled off one of the best strikes of the tournament with his 25-yard strike against Switzerland. While we have seen plenty of impressive strikes from Coutinho in the Premier League, his all-round game throughout the World Cup was excellent and highly enjoyable to watch. He scored two goals, made two assists, and created thirteen chances from open play.

Ivan Perisic has all the qualities of an excellent winger; he is fast, skilful, powerful and determined. He showed numerous times that he is capable of going around a defender on the wing and sending a curling cross into a striker, or of turning up in space at the right time to score his own goals. In total, he scored three goals, including the equaliser against England in the semi-final, and he assisted in one other.

Romelu Lukaku was Belgium’s top scorer in the tournament with four goals. There were times when it seemed that he was going to beat Harry Kane to the Golden Boot, but a couple of poor touches and a few mistakes, left him short. Lukaku has massively improved his positional awareness and movement off the ball and he is still just 25 years old. If he continues in this vein, he will be at his best for Belgium at the next World Cup.

Diego Godin together with Joes Gimenez were perhaps the best centre-back partnership in the entire tournament. Godin lead the team from the back and he helped to resolve dangerous situations by making ten tackles and thirteen interceptions in his five matches. One can’t help but think that if the rest of the team played more like him then Uruguay would have gone much further in the competition.

Just two years ago, Benjamin Pavard was watching France lose in the Euro 2016 final from the fan Zone. However, now the young right back has won the World Cup and there are numerous rumours about him being signed by a top European club. He was an excellent defender on France’s right side and regularly displayed a maturity and sense of position far beyond his 22 years.

Kieran Trippier likes to be known as the English Sime Vrsaljko, and he created more chances to score than any other player in the World Cup. While this was largely due to the fact that he took a large number of free kicks, he did so with a skill and consistency that was truly impressive. If only England were able to capitalise on a few more of them…

Excited to be back in China! Ready to inspire the future of football 🇨🇳 ⚽️ #NikeFootball #CR7 #CR7Tour

Cristiano Ronaldo truly had one of the standout moments of the World Cup; the free kick goal he scored to secure a hat trick against Spain was absolutely stunning. He took it with such confidence that there was never a chance of him not scoring, and while he only managed one more goal in the tournament, he was a constant menace and showed that he is still truly one of the world’s top players.

There was a lot of controversy surrounding Neymar at the tournament, he was diving, rolling, cheating and doing a huge amount of damage to his reputation. However, when he actually decides to play he is incredible. He took more shots than any other player (26), and no other player hit as many on target as Neymar (13). Only Kieran Trippier created more chances that Neymar (24 to Neymar’s 23).

Isco made more successful passes in the opposition half than any other player in the World Cup. He made a total of 320, 34 more than Modic, and he only played in four games. He had 135 touches per game, more than anyone else in the tournament. He is easily Spain’s best player, and is generally an all-round excellent footballer.

While Etebo played in just three games, he truly impressed in all of them. He recently signed a contract with Stoke City, but after his performances in the tournament, he could certainly aim far higher. He was excellent on the ball, always composed and aware of his surroundings. He is certainly one to watch in the future. 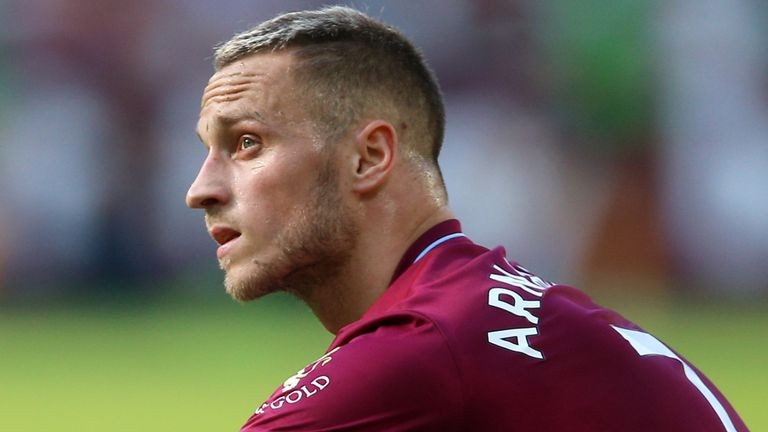