Lionel Messi has avoided making any major promises about the upcoming season but he did pledge to do his best under the new Barcelona coach Ernesto Valverde.

Speaking just before the weekend Messi said that he is unfamiliar with Valverde’s style but said that the coach’s “good reputation” bodes well.

The team were celebrating a new sponsorship deal with the Japanese e-commerce giant Rakuten at its Tokyo headquarters when Messi was asked about the upcoming season. He replied, “I say the exact same thing I say all the time.  Whenever I start a new season, there is a very clear-cut goal, which is Barcelona would do its best”.

The Argentina international recently extended his contract with the team and is sure to want to make up for last season, which saw the team just miss out on the title to Real Madrid.

“Personally, I am very happy and looking forward to starting a new season,” he said. “We would like to do our best. Everything will become new [under Valverde]. We are hearing a lot about his very good reputation.” He added that he held “hopes on the new beginning”.

Messi’s teammate Arda Turan was more enthusiastic about the future. The Turkey international said that it was important for the team to win all the titles this year and insisted that they “can do it”.

The players were also joined by Neymar and Gerard Pique for the special media event with Rakuten’s founder and chief executive officer Hiroshi Mikitani.

The team has signed a four-year sponsorship deal with Rakuten. It is worth $48 million a year and will last through to June 2021 with the option of a one-year extension. Rakuten has replaced Qatar Airways, which had been the team’s shirt sponsor since 2013. 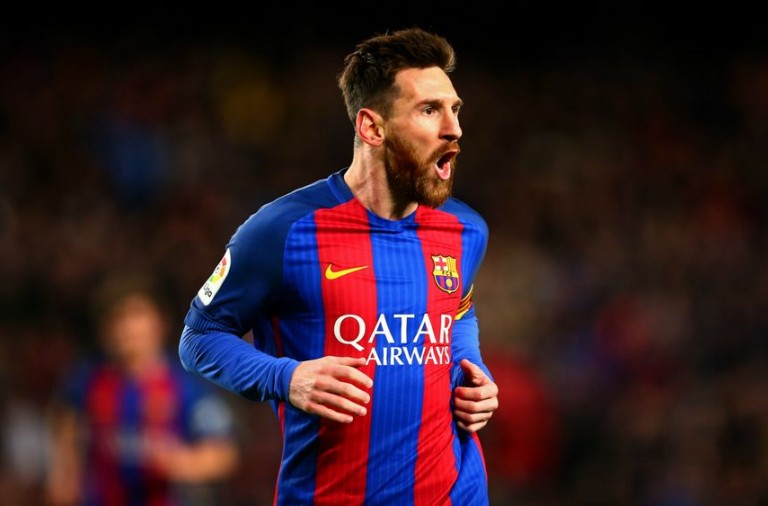