Twice a year teams have the chance to buy and sell players, sometimes these transfers are successful, and at other times, managers are sure to be kicking themselves a few months down the line. Here we look at some players that should never have been allowed to leave the Premier League.

Manchester City are sure to be regretting losing Jadon Sancho to Borussia Dortmund, and it looks as if there is very little chance of him coming back.

Speaking recently Sancho said, “I’m not wasting any thoughts on a change. I owe a lot to Dortmund and I have a lot in mind with this team. I’m happy here and did not sign for so long for nothing.”

Sancho, one of Gareth Southgate’s new stars in the England squad, is amazingly advanced for an 18-year-old player. He is extremely fast, mentally agile, skilled, and possesses a determination and maturity not often found in players. He deserves a huge amount of praise for finding his way to Borussia when it became clear that he would not have an easy path to City’s first team.

At the time, no one could have predicted his success. In just seventeen games he has scored five goals and provided eight assists. Last weekend he helped to punish a tired looking Bayern Munich, and he has made his mark in the Champions League. He was also highly impressive in his England debut last month.

While Guardiola has dismissed the idea of the winger returning in the near future, it seems highly likely that he will one day return to the Premier League. He is still extremely young and is sure to find his way back there in the course of time.

When Memphis Depay was at Manchester United, he failed to impress. He scored just two goals and assisted one in 33 Premier League games. While he struggled under Louis van Gaal, it took Jose Mourinho hardly any time to let him go. However, Depay has managed to bounce back from this, and use it as motivation.

Speaking recently, he said that he has “become more mature” and this certainly seems to be the case. Depay reached the pinnacle of football at a very young age and, like many others, found it too much to handle. However, since he moved to Lyon he has scored 29 goals and provided 24 assists in 66 league games.

Depay has also impressed for the Dutch national team and at just 24 years old, things look very much to be on an upwards trajectory. While there is a chance that he is the kind of player that does better on the smaller stages, should he decide he wishes to return to the Premier League he should be warmly welcomed.

In more than five years at Liverpool Suso started in just 12 games. Furthermore, he never started against any of the big teams; in fact, the teams he started against were Young Boys (twice), Udinese, Norwich, Stoke, Reading, Everton, Newcastle, Wigan, Fulham, Stoke and Mansfield. It is not hard to see why he decided to leave the team.

Initially, Suso moved to Almeria, but he then moved on to Milan in 2015. After scoring two goals in a derby della Madonnina draw in November 2016, he became popular with the fans and he has since become an even more integral part of the team. He is just 24 years old and he has said that he would like to return to Liverpool “someday”. At present, he has at least two more assists than any other player does across Europe’s top five leagues this season (eight). If he maintains this form, then in time, Liverpool will probably find space for him.

When Arsene Wenger decided to give Serge Gnabry a five year contract at Arsenal in October 2013, the manager praised the player’s “technical ability”, “power”, “pace”, and “finishing quality”. At the time Gnabry was just 18 years old and Wenger was talking a month after he scored his debut goal against Swansea and just before he received a Golden Boy award nomination.

However, that was about as good as things got for Gnabry. The then missed the entire 2014-15 season due to injury, and he went on a loan spell with Tony Pulis’ West Brom, which went terribly. He was then sold in August 2016 to Werder Bremen and just one year later made the move to Bayern Munich. There he has shone and Arsenal are sure to be regretting not giving him more time. Given the opportunity, it seems highly likely that they would welcome him warmly.

Difficult to find the right words for that game. We‘d have deserved to take at least a point back home.

Since the turn of the millennium, just three players have played for both Manchester City and Manchester United. Andy Cole was the first, and Carlos Tevez and Owen Hargreaves followed him. All three of them first played for Manchester United. However, there are many who think that Jérôme Boateng could become the first player to go the other way. He spent just one year at City, where he played as a right-back, but since then he has gone on to enjoy a glittering career at Bayern Munich. It would certainly be a treat for fans if Jose Mourinho was to continue his pursuit of Boateng in the next transfer window.

Since the summer of 2016, when Pep Guardiola was appointed as manager of Manchester City, the team has spent at least £10 million on 14 separate players. For comparisons sake, Newcastle have spent £10 million or more on 12 players in their entire history, but Florian Thauvin was one of them.

Thauvin signed a five year deal with Newcastle United in August 2015, but he lasted just five months with the team before he returned to France with three Premier League starts to his name. Speaking about it recently he said, “I arrived, I played two or three games as a starter, and then, in the fourth, our striker gets sent off and I end up up front against Arsenal. Then, I never played again.”

Since then he has thrived. He has performed so well for Marseille that the club president Jacques-Henri Eyraud said that he “won’t even look” at an offer of £70 million for a player that they re-signed for less than £10 million. However, Thauvin has said that he is now “capable of imposing myself in England” so there is every chance that he could one day return to the Premier League.

Speaking about Matija Nastasic in April 2013, Kevin Keegan said, “In five or six years’ time you could see him developing into a Vidic. He could become even bigger than Vidic, who has probably been the best centre half in this country for the last five or six years.”

It was high praise for the player, who was still in his first season at Manchester City, but at the time, it seemed to be entirely appropriate. At just 20 years old, the Serb looked completely at home in the Premier League-winning central defence and it seemed likely that he would remain there for years to come. When he was omitted from the 2012/13 PFA Young Player of the Year shortlist everyone was surprised.

However, when Roberto Mancini left the team, things never went right for Nastasic under Manual Pellegrini. After his injury he moved to Schalke where he has since thrived. Given the right offer, there is every chance that he could return to the Premier League at his best and delight fans of whichever team signed him.

That doesn’t mean that he didn’t have an impact on the Premier League. He scored seven goals in his first season, including against top teams such as Manchester United and Arsenal. He then scored four in four games at the start of the 2015-16 season. However, in his next 29 appearances he scored just two more goals.

When Gomis moved to Marseille he scored 21 times in 34 games, which attracted the attention of Galatasaray, where he ended last season with 32 goals in 38 games. Now, at Al-Hilal, he has scored seven times in ten matches. Plenty of Premier League teams could benefit from a player who has landed 60 goals in their last 82 games.

Nabil Bentaleb had an amazing rise to the top at Tottenham Hotspur. He played more frequently than Danny Rose, Mousa Dembele and Kyle Walker in the 2014-15 season, and then signed a five-year contract soon after he started in a League Cup final defeat to Chelsea. However, things fell apart in the next season and his move on loan to Schalke in the summer of 2016 marked the beginning of his exit.

However, now in Germany, Bentaleb seems to have recovered and the 23 year old is regularly impressing. If he continues along his current path then he is bound to attract attention from the Premier League in the not too distant future. 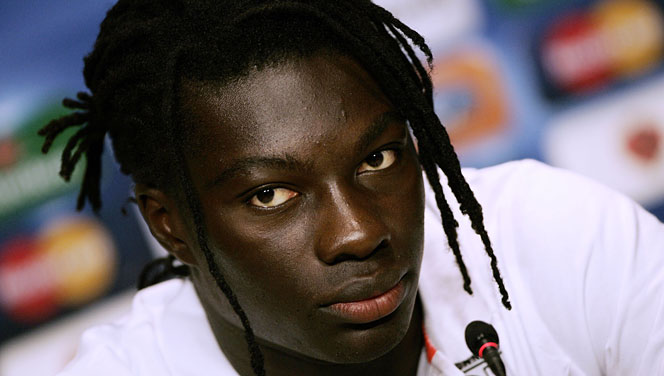