Brazil are favourites to win the World Cup with odds of 9/2. Ahead of the start of the tournament later today, we take a look at the 23 players going to try and realise the country’s dream.

Ederson became the world’s most expensive goalkeeper when he moved to Manchester City, but to date he has had just one cap for Brazil. He proved himself at City last season, helping them secure the title, but it is not clear if this will be enough to get him much playing time in Russia.

Cassio is another inexperienced player on the international stage with just a single cap for Brazil. He was relatively unknown before his return to Brazil in 2012 but rose to prominence by winning the Golden Ball when Corinthians beat Chelsea in the Club World Cup. He is likely only to have a backup role in Russia.

Alisson is Brazil’s first choice goalkeeper. At 25 years old he has had 25 caps and greatly impressed. He recognises that he faces competition for the starting position, but after working “so hard” to get to where he is, he is determined to remain the first choice throughout the World Cup.

When Atletico Madrid’s Filipe fractured his leg in March there were fears that he wouldn’t be able to take part in the World Cup. However, after missing the tournament in 2010 he was absolutely determined to make a recovery. He has had 32 previous caps and appeared in over 300 games for Atletico, making him an extremely experienced and valuable team member.

Danilo has shown that he is capable of playing as both a full-back and a holding midfielder, and it is this useful quality that has led to him having had 17 caps for Brazil. The Manchester City player has had some problems with injury in the past, but at present, he is fully fit and sure to be an important part of the squad in Russia.

Fagner was a surprise inclusion in the Brazil squad and he most likely would not have been included had Dani Alves not been ruled out. However, he is one of Corinthians star players and will be excited and determined ahead of his first World Cup. He is likely to see some action and he could very well make an impact.

Marcelo is one of Brazil’s most experienced players with 53 caps for the country already. The 30-year-old Real Madrid player is recognised as a top talent and his performance in the Champions League last season only cemented his reputation. Having scored an own goal in Germany’s 7 – 1 thrashing of Brazil in the last World Cup, he is coming to this tournament determined to make amends.

Geromel is another surprise inclusion in the squad as the 32 year old has had just 2 caps for Brazil. His career has taken him to a number of teams in Portugal and Germany, but he didn’t really start to impress before he returned to Gremio in Brazil. He made his international debut at the start of this year, but this is likely to be his only World Cup so he will be doing his best to make an impact.

Thiago Silva is another hugely experienced player with 70 caps for Brazil at 33 years old. The Paris Saint-Germain player is a huge personality and undoubtedly extremely talented, but he is also considered to be fragile. In the last World Cup, he was seen crying ahead of the last-16 penalty shootout against Chile and this probably led to his replacement by Neymar as captain. Many claim that he has a personality problem, but it would be a surprise if he wasn’t a major force for the team in Russia.

Marquinhos has long been recognised as a major talent and Paris Saint-Germain paid €31.4 million for him when he was just 19 years old. He had has 25 caps for Brazil and made his senior debut for the country in 2013. Last year he captained the team in their 3 – 0 win over Chile and has said that it is a childhood dream come true to be able to represent his country at the World Cup.

Miranda is coming to the World Cup with 46 caps for Brazil. He missed the last World Cup when he was sent off in the quarterfinal and is now determined to make amends. The Inter Milan player has been hugely impressive all season and he has promised his fans that he will be a major player in the upcoming tournament.

Fred has courted controversy in the past when he was banned in 2015 for failing a drugs test. However, he has always maintained that he is innocent and his career is going well at Shakhtar Donetsk. Despite this, he assumed it was a joke when he was first called to the Brazil squad for the World Cup, but is now determined to make the most of it.

Coutinho has been in the news a lot in the past year after moving from Liverpool to Real Madrid. He has had 36 caps for Brazil and scored 9 goals for the team. He is a favourite of Brazil coach Tite who has called his style of play ‘crucial’ for the team, and as such is sure to be one of the more important players in Russia.

Before moving to China in 2016, Augusto played for Corinthians, which is where he developed into one of the best box-to-box midfielders around. He has had 28 caps for Brazil and he is a key component of their midfield. However, there is intense competition for starting spots so he will have to work hard for playing time in Russia.

When Paulinho moved to China from Tottenham Hotspur in 2015, many thought it would be the death of his career. However, he then returned to Europe to play for Barcelona where he has begun to flourish. The 29 year old has had 49 caps for Brazil and certainly has the potential to make a big impact at the World Cup.

At the 2014 World Cup, Manchester City’s Fernandinho was considered one of the worst performers in the team’s infamous defeat to Germany. However, he has had 43 caps for Brazil and he is an experienced player who fully rebounded. He was an important part of City’s title winning squad and speaking recently, he said that he is confident that Brazil can win this year.

There was a period, when Real Madrid sent Casemiro on loan to Porto in 2014, that it seemed the player was becoming more interested in enjoying his nightlife than football. However, he proved his critics wrong and has been flourishing at Real Madrid in recent years. He has had 23 caps for Brazil and he could prove to be an important member of the squad in Russia.

Over the last decade Douglas Costa has suffered from more than his fair share of injuries. However, he has spent the last season on loan at Juventus from Bayern Munich and has continually impressed. He has had 24 caps for Brazil, scored 3 goals, and coach Tite is full of praise for him, suggesting he will get plenty of playing time in Russia.

Some claim that Taison has not lived up to his early potential and there was surprise at his place in the squad. However, Tite has praised him for his consistency and said that he brings versatility to the team. Taison has had 7 caps for Brazil and scored once.

Since Firmino moved to Liverpool from Hoffenheim in 2015, he has earned a huge deal of respected. He is one of the most determined players around and set his heart on a career as a footballer from a very young age. He has had 20 caps for Brazil and scored 6 goals.

At just 21 years old, Manchester City’s Gabriel Jesus has had 16 caps for Brazil. His journey from humble beginnings has captivated fans, and he attributes his success to his mother. He is a good friend of Neymar’s and regularly cites the Brazilian legend Ronaldo (The Phenomenon) as his favourite player.

When Tite took control of the Brazilian team in 2016, Willian initially lost his place in the team to Coutinho. However, Tite was eager to have them both on the same side and found ways for them to work together and Willian he has been full of praise for Tite’s coaching techniques. Willian has had 56 caps for Brazil and he is certainly a key member of the squad.

Neymar is probably the biggest name in the Brazilian squad following his record-breaking move to Paris Saint-Germain last year. He has had 84 caps for the country and scored 54 goals, and he is only 26 years old. Many are tipping him to beat Pele’s Brazil scoring record, and all eyes will be on him in Russia. There is no doubt that he is the one to watch over the coming weeks. 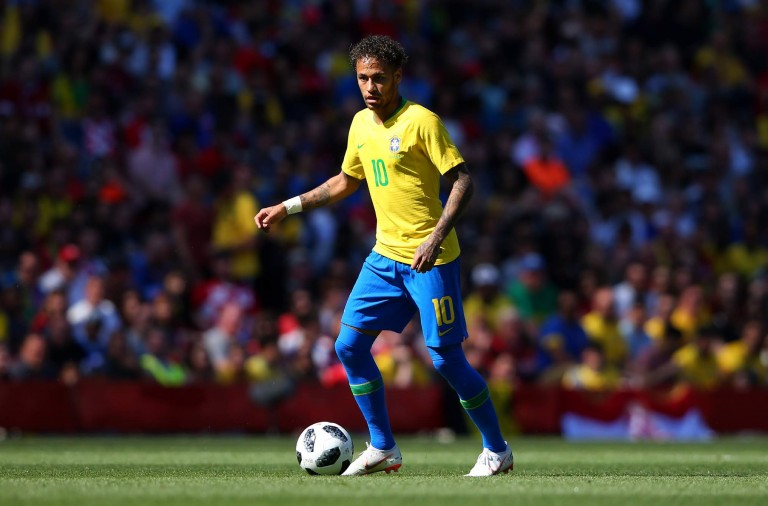 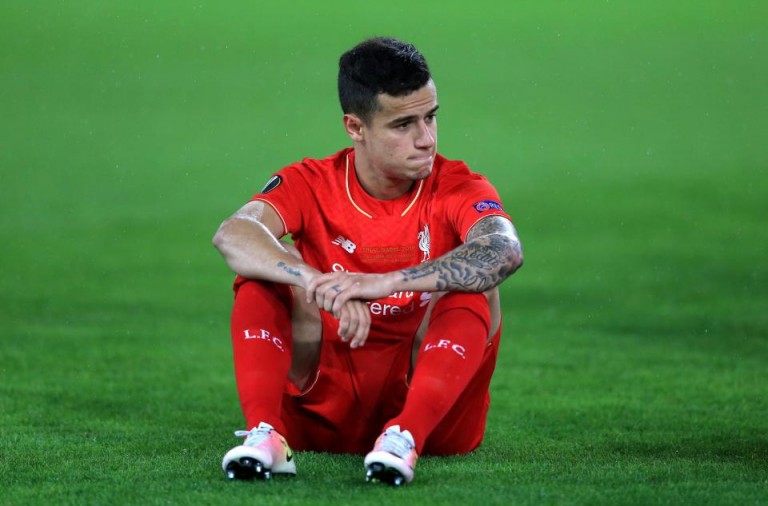