Earlier this week Lionel Messi hit another amazing landmark, scoring his fiftieth career hat trick as part of Barcelona’s 4 – 2 win over Sevilla. It was an exciting game with Barcelona going behind twice, but Messi rose to the occasion. His first goal was an incredible volley, the second was an impressive curling effort and the third was a fantastic chip.

Every hat trick is an impressive feat, but here we will look at some of Messi’s most memorable. 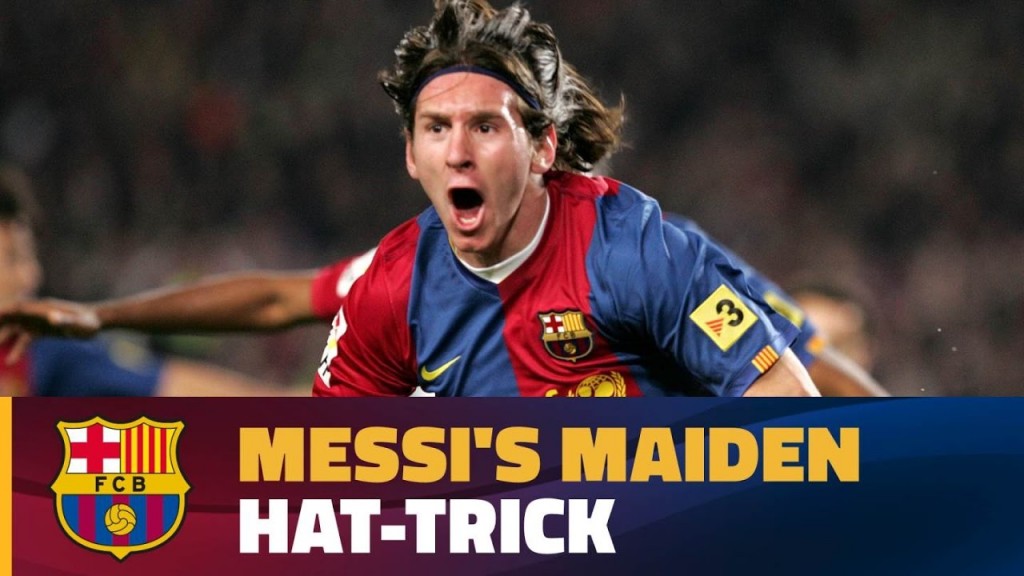 Messi was just 19 years old when he scored his first hat trick. It was against bitter rivals Real Madrid and ensured that the team drew the match 3 – 3. Real Madrid were looking like the sure winners of the match, but a young Messi stepped up to save the day.

Messi produced one of the most memorable hat tricks ever scored in an El Clasico and at just 19 years old, he was displaying the skills of a true veteran. Messi enthusiastically buried the ball in the net for his first and a surging run from Ronaldinho saw the ball come to Messi and help him make it two. The final goal was a true forbearer of things to come, with Messi taking the ball past an opponent and slotting it into the far corner.

To this day, it remains the only time that Messi has scored a hat trick and his team has not won. 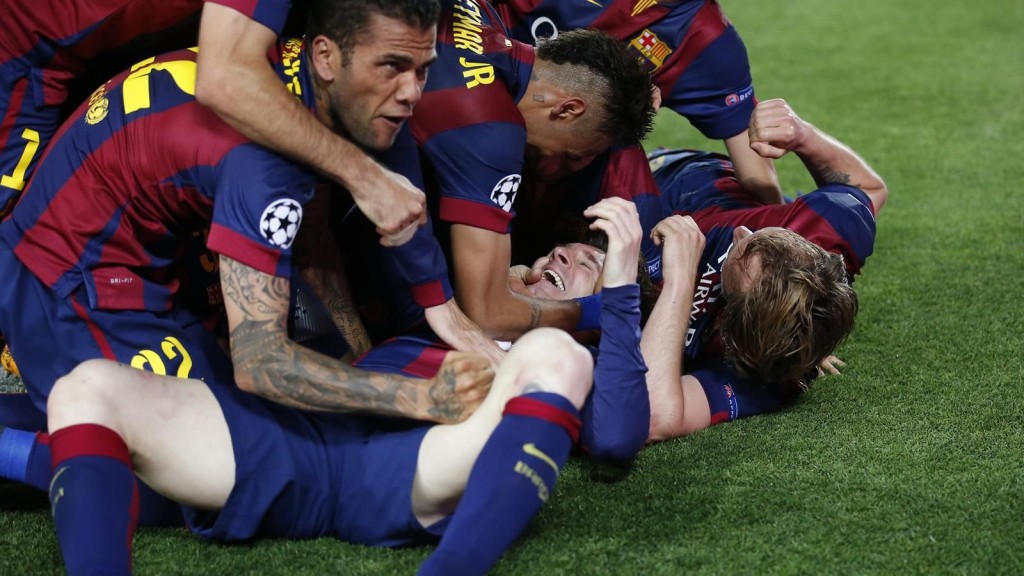 In 2010, Arsene Wenger’s Arsenal team went to Camp Nou for the second leg of their Champions League quarterfinal match against Barcelona. The game was tied at 2 – 2 after the first leg, and Arsenal fans will have been hopeful about making it through to the semi-finals. However, they hadn’t banked on a very in form Messi.

Messi destroyed Arsenal’s hopes of progression by producing one of the best individual performances the Champions League has ever seen. Arsenal took an early lead thanks to an effort by Nicklas Bendtner that will have given Arsenal fans early hope. However, Messi then took the centre stage and scored an incredible four goals to ensure that it was his team that made it to the semi-finals.

Manuel Almunia is unlikely to ever forget the day that Messi managed to embarrass the entire team, putting four goals past the now retired Spanish goalkeeper. Messi opened the scoring with a hammer from his left foot before scoring again just one minute later. Then just before halftime, he secured the hat trick with a classic Messi chip over the goalkeeper. The final goal came in the eighty-eighth minute when he hit home a rebound and completed one of the finest performances ever seen in the Champions League.

Following the game a report in the Guardian said, “When the Frenchman [Arsene Wenger] pores over the DVD of this match, he will salivate like the rest of us. Arsenal could point to defensive errors as having contributed, but Messi’s finishes still took the breath away.” 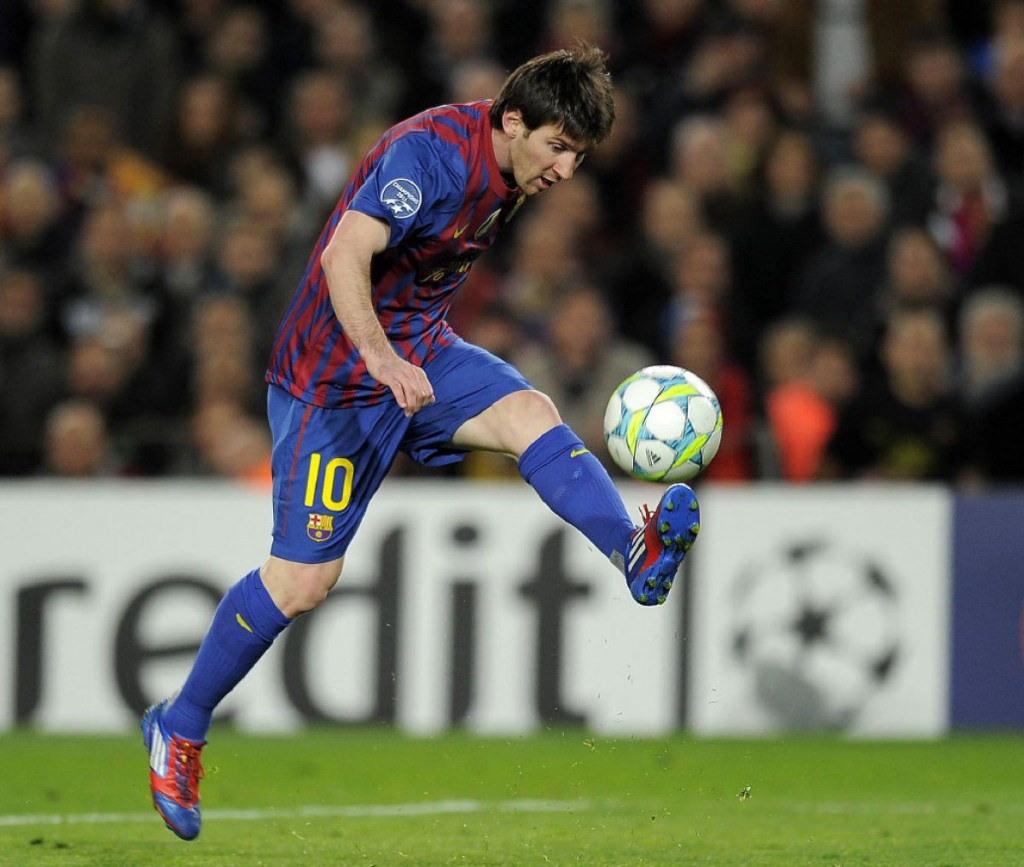 Messi has achieved a huge amount over the years, and along his way to scoring his fiftieth hat trick, he also became the first player to score five goals in a Champions League match.

Barcelona were hosting Bayer Leverkusen and Messi’s amazing performance ensured that the team progressed to the quarterfinals with a 10 – 2 aggregate win. Bayer Leverkusen may have harboured some hopes of a comeback before the game begun, but these were dashed by Messi scoring two goals in the first half and a hat trick in the second.

Messi opened the scoring with a classic chip goal and from that moment onwards he never looked back. Barcelona’s two other goals came from Cristian Tello while Bayer Leverkusen will have taken some solace from the extra time goal scored by Karim Bellarabi. 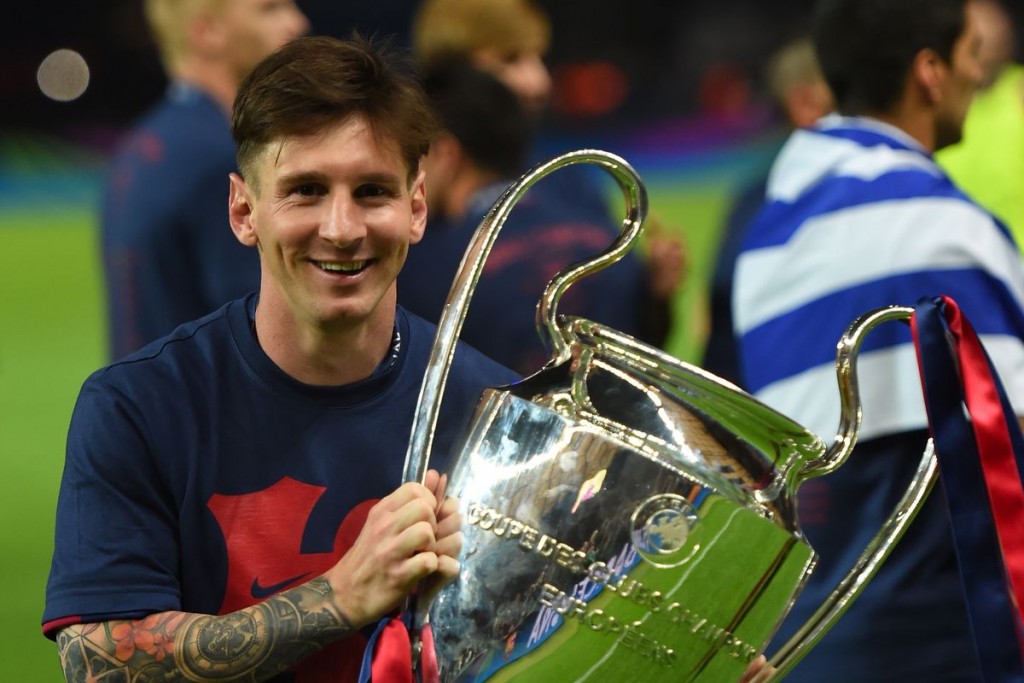 This was one of the most fiercely contested El Clasico games of recent times, with Real Madrid hosting Barcelona at the Bernabeu in March 2014. The teams were very evenly matched and the winner of the game would have a clear advantage in the league table. Tensions and excitement were high before the match, and the teams certainly did not disappointed.

Once again, Messi proved to be the focal point of the game, scoring an incredible hat trick that helped to turn Barcelona’s season around. His goals meant that Barcelona came from behind on two occasions to win the match 4 – 3 and climb to the top of the league.

It was Messi who set up Andres Iniesta for the opening goal but then Karim Benzema scored two in quick succession to put Real Madrid in front. Messi then managed to overcome the Madrid defence to score his first goal of the game and level the match at 2 – 2. Just after half time Real Madrid were awarded a penalty, which Cristiano Ronaldo successfully slotted home. However, there were then two controversial penalty decisions that went in Barcelona’s favour with Messi scoring two from the spot to claim a hat trick. Messi’s goals ensured that it was Barcelona that won the match. This is not one of Messi’s most impressive hat tricks in terms of skills displayed, but it was extremely important to the title race and helped to ensure that the match went down in history. 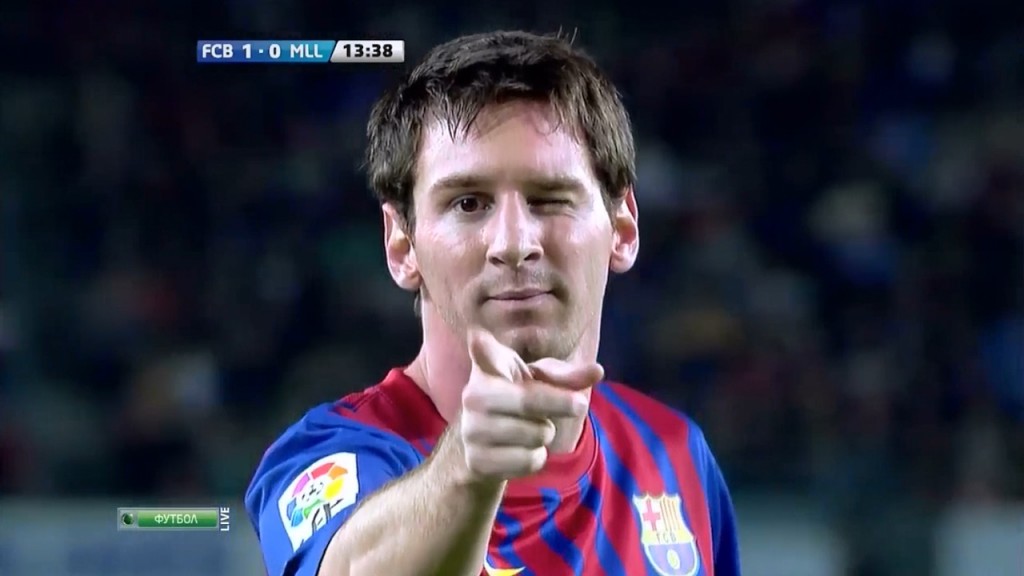 Barcelona and Atletico Madrid met in February 2011 for one of the most highly anticipated games of the season. Diego Simeone had put together a rock solid team to take on Pep Guardiola’s Barcelona and keep the pressure on the Catalonia side at the top of the league.

However, once again Messi quashed the opposing team’s hopes and ensured that Barcelona enjoyed a comfortable win over the Madrid club. He scored three goals and delivered a performance that the home crowed are unlikely to forget.

Until that game, the Atletico Madrid team had been having a fantastic season thanks to their excellent defensive record, but it simply was not good enough to cope with Messi. Two of his goals came in the first half before the third came in the 79th minute. It was Barcelona’s sixteenth consecutive league win, breaking a record set by Real Madrid fifty years previously. 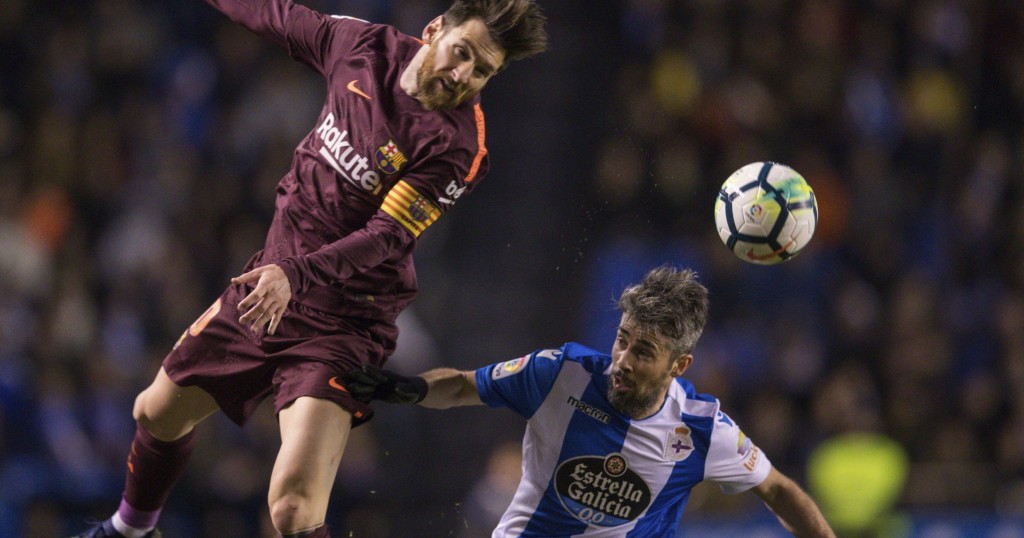 Messi scored a hat trick against Deportivo La Coruna in April 2018 and in doing so secured Barcelona their twenty-fifth La Liga title.

Philippe Coutinho opened the scoring for Barcelona and then a first-time volley after a chip into the box from Luis Suarez saw Messi secure his first. It was followed by two close range finishes in the final ten minutes of the game that secured Barcelona’s 2 – 4 victory and the title.

The goals also saw Messi overtake Mohamed Salah as Europe’s top goal scorer for the season, and made it an incredible 42 league games unbeaten for Barcelona. However, they failed to pull off an Invincibles record, losing 5 – 4 to Levante in their penultimate league game. 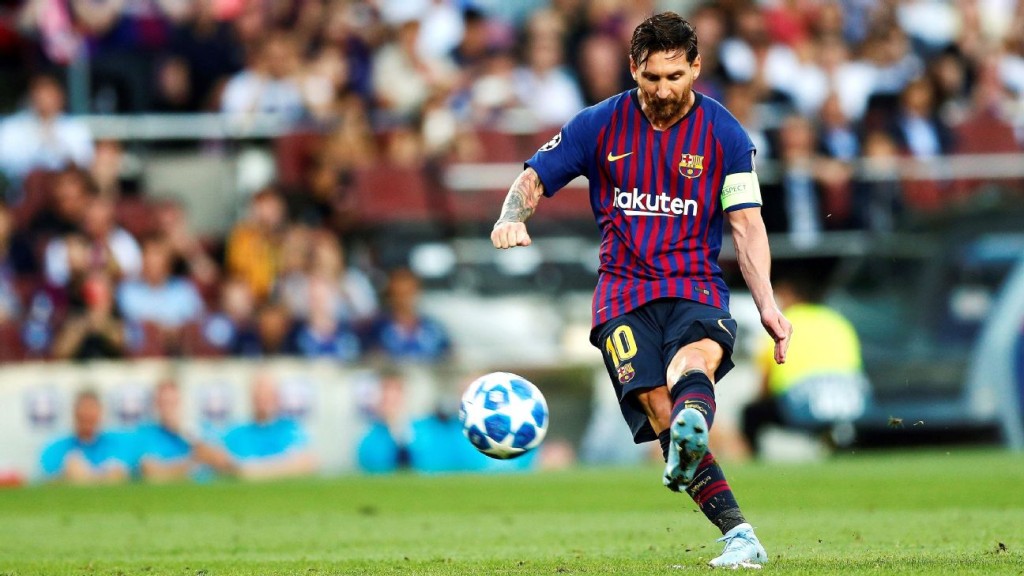 Barcelona were hosting Ajax in the Champions League group stage and the day before Cristiano Ronaldo had scored a hat trick against Galatasaray, so Messi most likely felt like he had to match his greatest rival.

As he has so often, Messi rose to the occasion and opened the scoring with a free kick that went in off the post. The second goal featured some more dribbling inside the area and he rounded off the hat trick after a mistake from the Ajax defence left him space to fire in from the edge of the box. 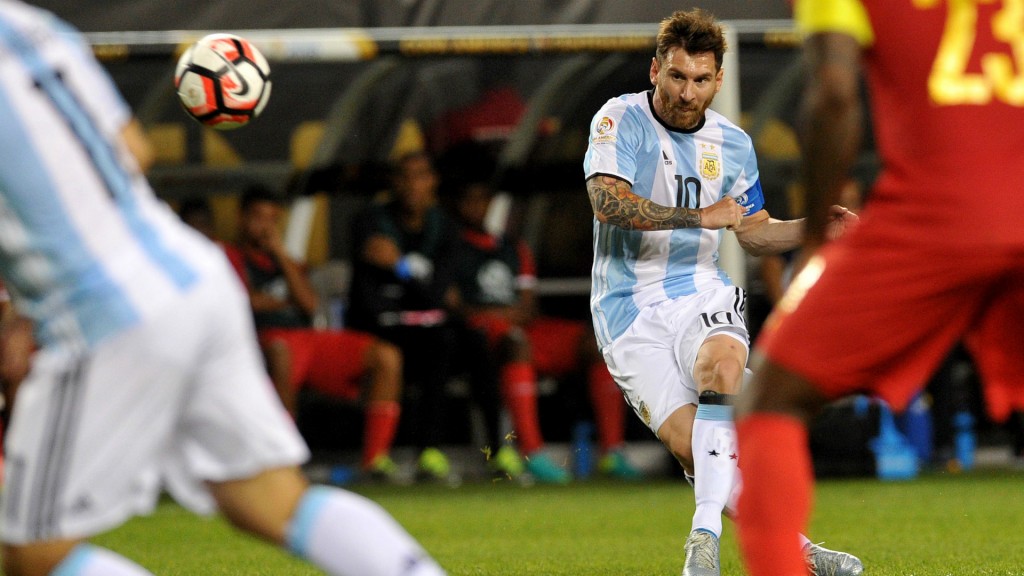 Messi may be eager to distance himself from his affiliation with Panama as much as possible, but the hat trick he scored against Panama while playing for Argentina in 2016 is certainly one of his most memorable. A hat trick is always impressive, and often requires the full 90 minutes to achieve, but on this occasion, Messi managed it after being brought on in the second half a substitute.

Messi was just returning from a back injury yet he managed a finish inside the box, a free kick, and a strike into the bottom corner. Argentina won the game 5 – 0 securing them a place in the knockout round of the Copa America Centenario. In the end, Argentina lost the final on penalties to Chile, with Messi failing to convert from the spot.

Many More Over the Years

With fifty to choose from, there are plenty of Messi hat tricks that deserve a mention. Furthermore, Messi is showing no signs of slowing down and there are more than likely to be a few more hat tricks before the end of his illustrious career.