Hamburg coach Markus Gisdol has said that attacker Bobby Wood is in a “negative spiral” and is in danger of losing his position in the team.

Wood remained with the Bundesliga club over the summer despite interest from the Premier League but he has scored just two Bundesliga goals since January.

Last weekend Wood played for 56 minutes in Hamburg’s 2-1 defeat to Hertha Berlin, during which time he touched the ball just 19 times and failed to make an impact. He was replaced by 17-year-old Jann-Fiete Arp who scored after just seventeen minutes on the pitch.

Speaking to reporters Gisdol said, “We do everything to support him, but we can’t do more than we do right now. It’s up to Bobby to drag himself out of it.”

Hamburg will host Stuttgart this weekend and Gisdol has hinted that Wood may be dropped from the squad, “In the end, the performance principle also applies to him.”

He said that the player is in a “negative spiral” and he must “free himself” from it. Gisdol believes that Wood “has the potential to be a good forward, but he is not in any sort of form right now.”

Gisdol’s words came just a few days after Wood said that he was “on his way out” of his current predicament.

Wood is also dealing with the disappointment of the US’s failure to qualify for the World Cup. He scored a vital equaliser in a draw with the Honduras in September and once again against Panama in October. However, the team’s failure to score against Trinidad and Tobago later in October meant that they failed to qualify.

Meanwhile Hamburg are third from bottom in the Bundesliga having secured just seven points from 10 games, six of those points coming from wins in their first two matches of the season. 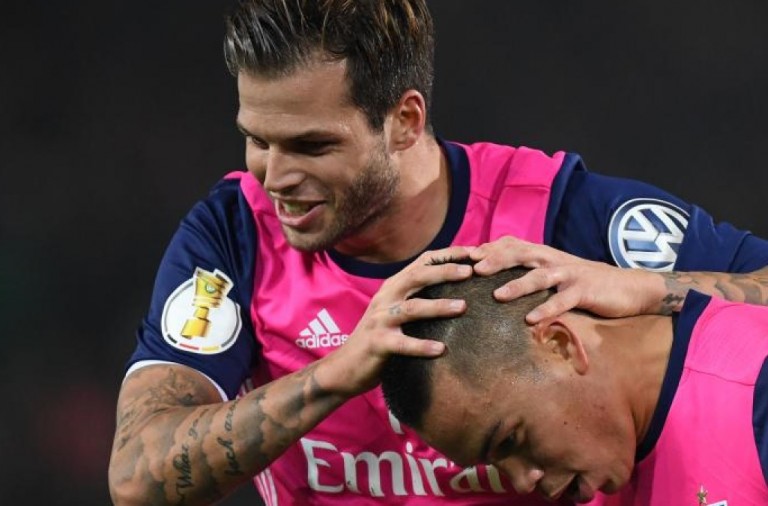