It came as no surprise when Julen Lopetegui was sacked earlier this week, just four months into his time with Real Madrid.

Lopetegui, who is 53, has been walking on thin ice since at least the middle of last month when the club really began to struggle. The straw that broke the camel’s back arrived last weekend when the team suffered a humiliating 5 – 1 defeat to Barcelona at Camp Nou.

Many people were surprised when Lopetegui was named as the successor to Zinedine Zidane as he is not generally considered to be one of the top managers. Before accepting the job, he was in charge of the Spanish national team. Even his appointment to the job was a shambles with the announcement coming just 48 hours before the World Cup and without having informed the Spanish football authorities first, leaving the team with just two days to find a replacement manager for the tournament.

Before his appointment to the position at Madrid, his biggest club job was in Portugal with Porto. He was in charge of the team for two seasons where, despite his enormous transfer budget, he failed to make much of an impact. In fact, he is yet to have a major success as a manager, which makes his appointment to one of the biggest teams in the world even more puzzling.

With hindsight, it is easy to see why Lopetegui should never have accepted the job. Here we will take a look at some of those reasons.

He May Have Had a Successful World Cup with Spain

It was not that long ago when Spain were easily the best national team in the world and possibly one of the greatest teams of all time. However, at the 2014 World Cup their title defence went horribly wrong and they were knocked out of the competition in the group stage.

In 2016, at the Euros, the team once again failed to impress leading to speculation that it was the end of an era and time to bring in some new faces to try to revitalise the team.

Vicente Del Bosque, the World Cup winning coach, left and Julen Lopetegui was brought over from Portugal to try to fix the situation. Over the next two years things appeared to be going well and things seemed to be settling down within the team.

They went unbeaten for the next two years under Lopetegui, a run of 20 matches, and they were heading to the 2018 World Cup as one of the best performing teams in the world. They were placed into a group that they should have been able to navigate and were widely expected to reach the later stages of the competition.

However, with Fernando Hierro taking up the job with just two days to get to know the team, things soon fell apart and Spain lost in the round of 16 to the hosts, Russia.

Had Lopetegui stayed with the team that he had spent two years shaping and knew well, he would have had a real shot of achieving something great and possibly even winning the World Cup. He is now probably kicking himself for throwing away the opportunity.

Perez Is Known For Being Difficult to Work With 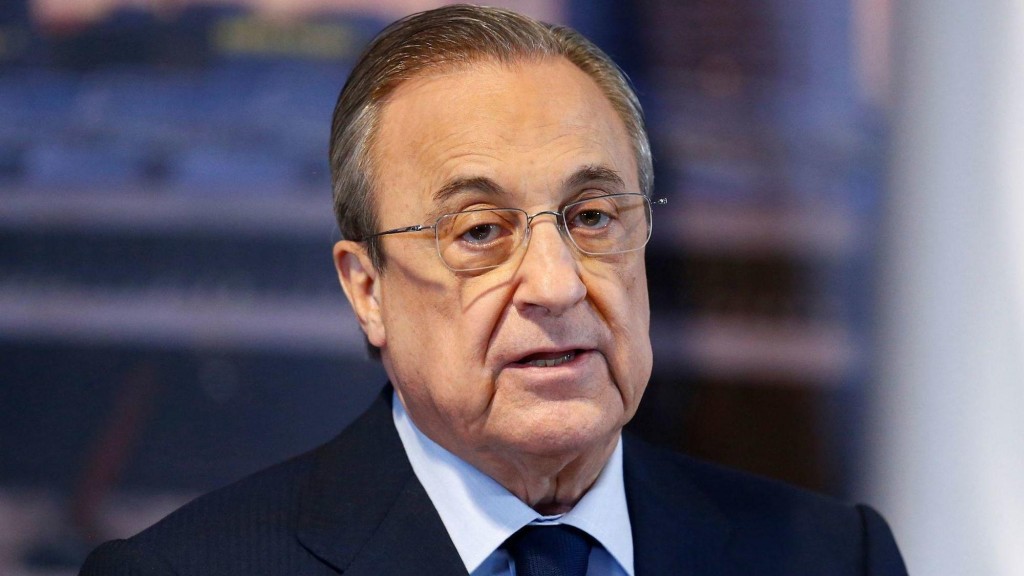 Florentino Perez, the president of Real Madrid, is well known for his tendency to change coaches as quickly as they arrive. He likes to remain firmly in control at the team and is involved in all major decisions such as player transfers, coaches, and so on.

This is his second time in charge of the club. His first spell ran from 2000 to 2006 and during it he worked his way through no less than six coaches. This included a crazy period in 2004 when the team managed to go through three different coaches in just three months. This of course resulted in huge instability at the team, and they went through a period of three years without winning any trophies or performing well in the Champions League.

After leaving in 2006, he returned to the team in 2009. While this time around there have been far more trophies, he has once again been getting through a large number of coaches.

Lopetegui’s temporary replacement, Santiago Solari, will be the seventh manager that the team has had since Perez returned in 2009. Of the six managers that preceded him, just Zinedine Zidane left on his own terms, the rest were essentially forced to leave.

Given Perez’s history with coaches and his reputation for being very difficult to please, Lopetegui would probably have done better to stay away from the position in the first place.

Lopetegui Was Not Yet Ready For The Job

Real Madrid is easily one of the biggest clubs in the world and is home to a huge number of the world’s best players. The club has a hugely impressive history and there are exceedingly high expectations whenever they take to the pitch.

As a result, the manager’s job is incredibly pressurised from the moment they take up the position. The need for instant success is such a part of the club’s traditions that neither the coach nor the players are given the same time to adapt as they would have at other clubs.

Furthermore, due to the club’s fame and success, there are a number of large egos at the club and the manager has to be able to deal with them from the get go. However, even some of the biggest names struggle to deal with this; one just has to look at Mourinho and Ancelotti’s time with the team.

Before arriving at Real Madrid Lopetegui had never been with a big name club and his CV does not match up to many of those who went before him. Coaches without the necessary experience tend to fail at Madrid, with Zidane being the exception that proves the rule. However, it is arguable that Zidane’s playing career gave him the experience needed for the job.

Lopetegui’s failure at Real Madrid is likely to have a devastating impact on his remaining career. While there have been others who went on to big jobs after being fired at Madrid, they were far bigger names to begin with.

Cristiano Ronaldo Was On the Way Out

Can you guess where am I? Check out my story 😉 #pestanacr7 #cr7

Cristiano Ronaldo was a key part of Real Madrid for years. Without a doubt, he is one of the greatest football players of all time and there is not a coach on the planet who wouldn’t want him in their team.

Earlier this week Lopetegui’s father defended his son saying that fitty goals were stolen from him due to Ronaldo’s departure from the team and their subsequent failure to replace him. There is a large amount of truth in this, the team has been struggling to score without Ronaldo at the font and his absence has made a number of the team’s weakness far more obvious.

When Lopetegui took the job, Ronaldo was still a Real Madrid player. However, it was widely expected that he would leave following a reported breakdown in relations with Perez. Furthermore, his statements after the team won the Champions League made it fairly obvious that he was eager to leave.

Before accepting the job, Lopetegui should have asked for a guarantee that the star player would remain, or at least a promise that the team would invest in a proper replacement. Without either of these guarantees, he should never have taken the job.

He Was Never The Club’s First Choice

Zinedine Zidane surprised everyone when he announced that he was leaving after guiding Real Madrid to their third consecutive Champions League win. Obviously, it was necessary to find a replacement as quickly as possible and at first Perez approached former Chelsea and Juventus manager Antonio Conte.

Conte is known for winning and he made a name for himself during his time with Juventus who he led to four consecutive league titles. He then cemented his reputation with his time at Chelsea after guiding them to a historic Premier League title. At the same time, his system of using three at the back became popular with other managers once they had seen its success.

However, Conte was ultimately unable to make the move to Madrid and instead Perez moved his attention to Maurizio Pochetino. Ultimately, Perez was unable to tempt him away from Tottenham Hotspur, and neither Max Allegri nor Joachim Low were interested in leaving their current jobs.

It was only after all of these options had failed that the club approached Lopetegui. The fact that he was so far down on their list of options, meant that they were never going to greatly value his services.

Perez is known for showing a great deal of loyalty to players that he has sanctioned and had this been the case with Lopetegui then things may have been very different. However, as fourth or fifth choice for the job, Lopetegui was never going to enjoy that kind of protection, and given that, he would have been well advised to stick with the Spanish team.