Hamburg SV player Bobby Wood has been criticised by his coach Markus Gisdol for his conduct in Hamburg’s 3 – 0 defeat at Cologne on Sunday.

Wood was given a red card and sent of just before the hour mark for elbowing Cologne defender Drominique Heintz in the stomach after some shoving while waiting for a free kick.

Referee Benjamin Brand didn’t see the incident but gave Wood the red card after a consultation with his linesman. Anthony Modeste took immediate advantage of the situation and scored a goal in the 61st minute before adding a further two in the final ten minutes.

After the match Markus Gisdol said that “the result is extremely bitter. We played a good away match until the 60th minute and were an opponent at eye level today. There were two key scenes and it’s just bitter today.”

Speaking about Wood’s red card he said that it is “inexcusable” and that regardless of what happened before “you should not pick up a red card there. We just can’t accept it”.

The second key scene he said was the tactical foul of Cologne player Marco Hoger as it was not punished with a second yellow card.

Gisdol has won just one point in his four games in charge of the team and they are scoreless in Bundesliga play over 662 minutes.

Wood is the only player to have scored for the team this season, just two goals, making it the worst record by any team in Bundesliga history and they are at the bottom of the table with just 2 points.

The club has now finished three games with just ten players suggesting that tensions are running high. Denis Diekmeier was given two yellow cards in the defeat to Frnakfurt and Cleber Reis was sent off in the goalless draw at Borussia Monchengladbach. 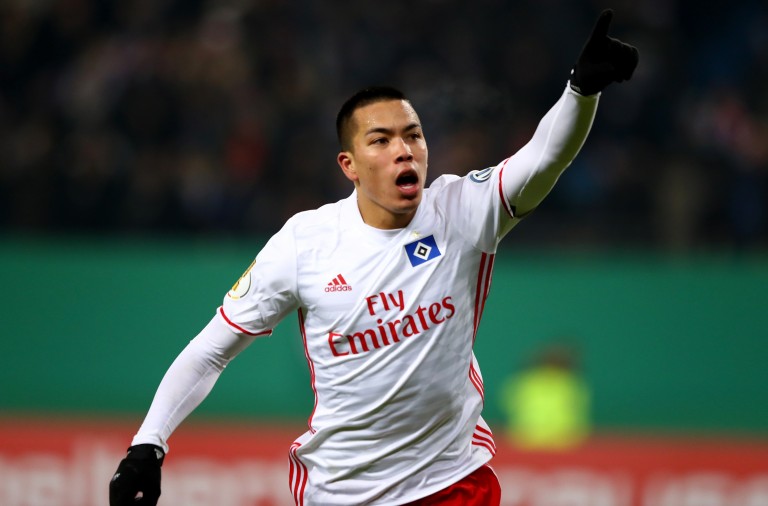