Team Sky have said that the UCI have asked for an explanation of the elevated levels of Salbutamol in Chris Froome’s urine during the Vuelta a Espana.

Earlier in the week the team released a statement saying that the a urine test taken on September 7, after the race’s eighteenth stage, resulted in a concentration of Salbutamol above that allowed by World Anti-Doping Agency rules.

According to the statement Froome experienced “acute asthma symptoms” during the final week of the race and increased his dosage of Salbutamol on the advice of Team Sky’s doctors.

The statement went on to say that, “The notification of the test finding does not mean that any rule has been broken. The finding triggers requests from the UCI which are aimed at establishing what caused the elevated concentration of Salbutamol and to ensure that no more than the permissible doses of Salbutamol were inhaled. There is considerable evidence to show that there are significant and unpredictable variations in the way Salbutamol is metabolised and excreted.”

The statement argues that permissible dosages of Salbutamol can result in elevated urinary concentrations and said that a wide range of factors need to be considered.

Froome also released a statement saying that he uses an inhaler to manage his asthma and knows that he will be regularly tested. He said, “My asthma got worse at the Vuelta so I followed the team doctor’s advice to increase my Salbutamol dosage. As always, I took the greatest care to ensure that I did not use more than the permissible dose.”

He went on to say that the UCI is right to examine the test results and that he is happy to provide them with all the information they need.

The team principal, Sir Dave Brailsford, also said that there are many factors that can affect the way Salbutamol is metabolised and that the entire team is dedicated to clearing the matter up. 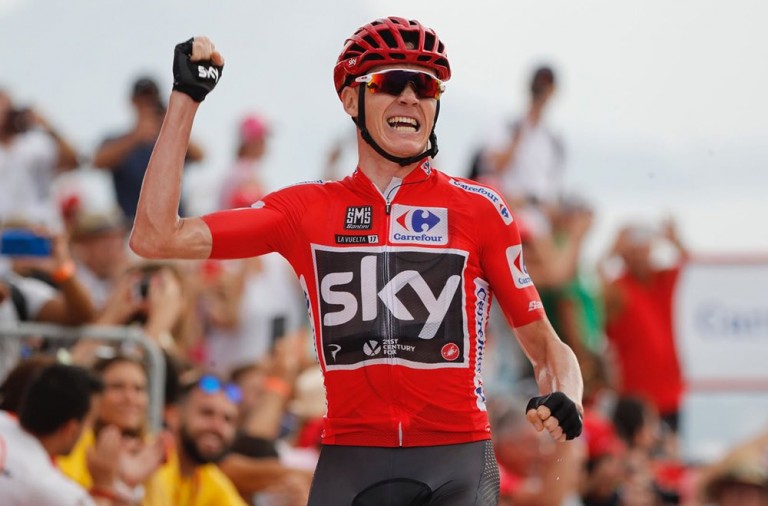