At Winner Casino you can find some huge progressive jackpots that are just waiting to be won. Discover three ways of winning one below and with a bit of luck you could be in for a life-changing win. 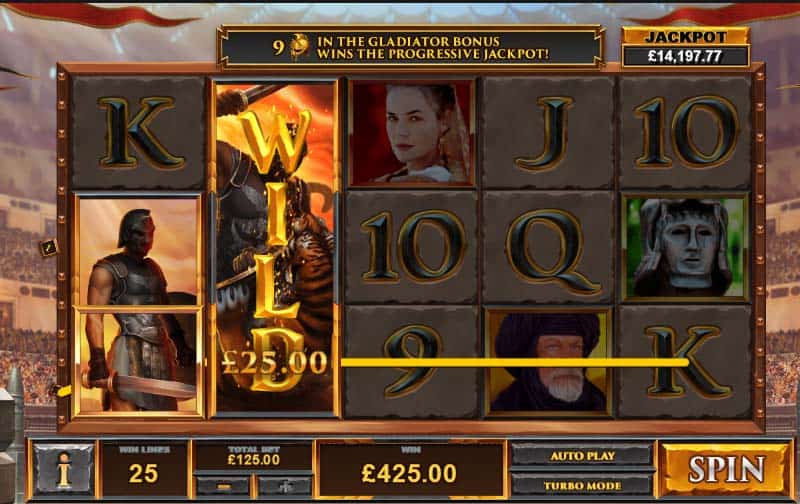 The film Gladiator still has a huge fan base despite being released over 18 years ago. It has also inspired a number of online slots, which are equally popular with players. Gladiator Road to Rome is one of these slots and it is offering a progressive jackpot that is worth close to £700,000 and growing all of the time.

It is a 5 reel slot with 3 rows and 25 fixed paylines. The reels are set against a view of the Coliseum in Rome, complete with flags fluttering in the wind. The high value symbols are all characters from the film and include Commodus, Lucilla, Proximo and Tigris of Gaul, while the lower value symbols are the playing cards 9 though to A.

While there is no dedicated wild symbol, the gladiator symbol can land stacked on the reels and if it fills an entire reel it will become wild and substitute for all of the other symbols, except the scatter and bonus symbols, to help and form more winning combinations. The bonus symbol is the gladiator helmet and the scatter symbol features crossed weapons on a shield.

In order to win the huge progressive jackpot the first thing you need to do is trigger the Gladiator Bonus game. This is done by landing the helmet bonus symbol on reels two, three and four at the same time. In the game nine helmets are on display. They will be made from bronze, silver or gold. Each of the metals is worth a different cash prize, with gold as the most valuable. The progressive jackpot is yours if all nine helmets are made from gold.

If you can land three, four or five scatter symbols anywhere on the reels you will win 5, 8 or 12 free spins respectively. Before the start of the free spins you need to play a small picking game. In the game you choose three shields from twelve and they will award you with additional bonuses. The shields can award:

Why not step into the Coliseum and join in the fight, with a bit of luck you will be crowned victor and emerge with a huge progressive jackpot. 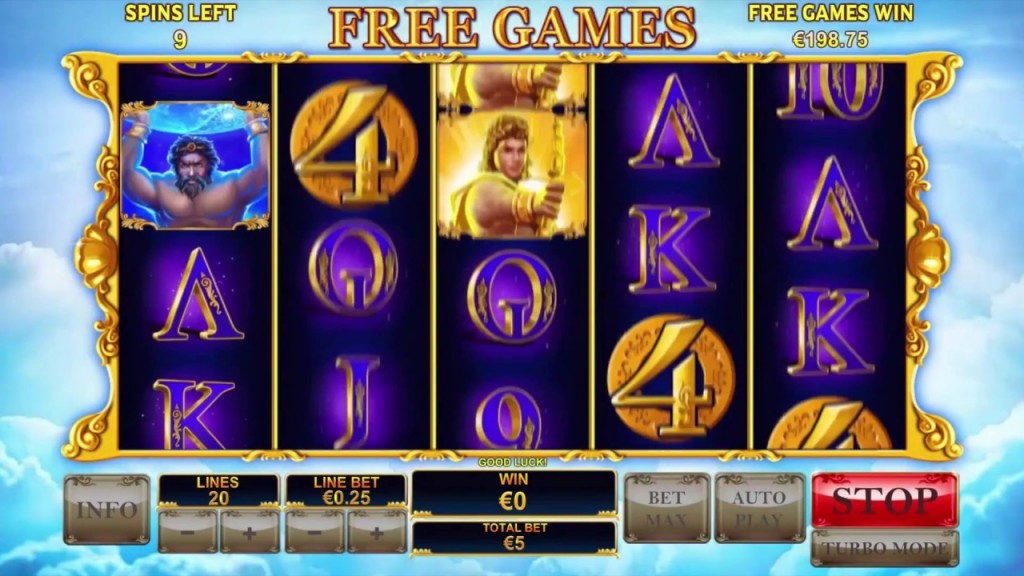 If you prefer Ancient Greece to Ancient Rome then you will no doubt enjoy the Age of the Gods series of slots. Each of the games in the series is based upon a different aspect of Greek mythology, and all of the games give you the chance to win four progressive jackpots. The largest of these jackpots is currently worth over £600,000 and it is growing fast.

Age of the Gods: Furious 4 brings four Greek gods to the reels. It is a 5 reel slot with 3 rows and up to 20 paylines. The reels are inside a golden frame set high in the sky. There are four high value symbols, the Greek gods Apollo, Pandora, Hephaestus and Atlas. The lower value symbols are the playing cards 9, 10, J, Q, K and A.

The wild symbol is the game’s logo, it will substitute for all of the other symbols, except for the scatter symbol, to help and form winning combinations. The scatter symbol is a golden throne and in addition to offering scatter payouts, it is the key to one of the slot’s bonus features.

If you are hoping to win the huge progressive jackpot then just keep the reels spinning. The jackpot game can begin at random after any spin, regardless of which symbols land on the reels, and once it starts you are sure to win one of the jackpots. The game consists of a grid of twenty gold coins and you need to choose from them one at a time. Each coin represents one of the jackpots and once you have found three matching coins you will win the corresponding jackpot. From largest to smallest the jackpots on offer are: Ultimate Power, Super Power, Extra Power or Power.

The free spins begin when three or more of the golden throne scatter symbols land anywhere on the reels. At first you win 12 free spins, but to help you win larger payouts, each of the four gods will award a bonus feature when it lands stacked on the third reel:

Age of the Gods: Furious 4 has a betting range of £0.01 up to £500 per spin so everyone can afford to play for the jackpot. There is a massive fixed top payout of 10,000x available for landing five of the wild symbols along a payline. Apollo can payout up to 2,000x, Pandora can payout up to 1,500x, Hephaestus can payout up to 1,000x and Atlas can payout up to 750x. Furthermore, the scatter symbol will payout an impressive 200x your total bet for a spin if five of them land anywhere on the reels.

If you want to try to win this huge progressive jackpot then set the reels spinning on an Age of the Gods slot today. 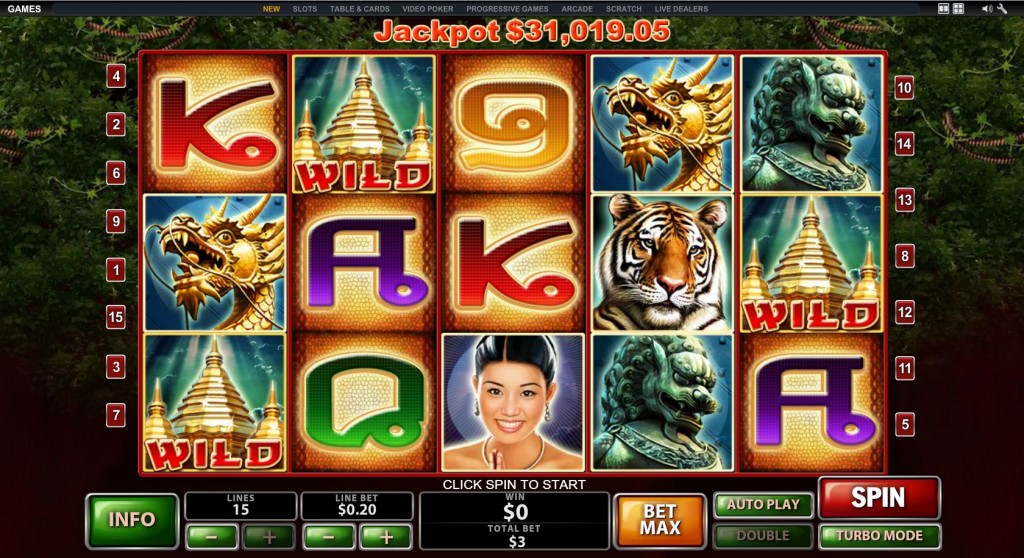 If you have ever been to Thailand, or have always wanted to go, then you may know that the country has a deeply spiritual side to it. This is brought to the reels in the slot Thai Temple, and at the same time, you have the chance to win a progressive jackpot worth over £465,000.

Thai Temple is a 5 reel slot with 3 rows and up to 15 paylines. Behind the reels you can see some dense foliage. The high value symbols are all linked to the theme and include a tiger, a Buddhist monk, a Thai woman, a dragon’s head gargoyle and a dragon, while the lower value symbols are the playing cards 9 through to A.

You need to play with all paylines active to be in with a chance of winning the progressive jackpot. The jackpot is then won by landing five wild symbols along any of the paylines. To win the entire jackpot you need to bet at least £15 per spin. However, if this is too much then do not worry as you can play for different sized portions of the jackpot by betting £1.50, £3 or £6 per spin.

The free spins start when three scatter symbols land anywhere on the reels. You win 15 free spins during which all payouts will be tripled. Best of all, you can retrigger the free spins up to 165 times, and if you manage this you will win a bonus payout of 500x the triggering bet.

If you enjoy taking risks then you can use the slot’s gamble feature. After a winning spin click on ‘Double’ to play a game that gives you the chance to double your winnings. You are shown one face-up card and four facedown. You then need to pick from the facedown cards to find one that is higher in value than the face-up card. If you choose correctly then your winnings are doubled and you can repeat the process.

Thai Temple has a betting range of £0.01 up to £15 per spin. There is a top fixed payout of 10,000x up for grabs for landing five wilds if you are betting less than one of the jackpot levels. The two characters can both payout up to 750x, the tiger can payout up to 400x and the two animal heads can payout up to 250x.

Go on a Thai adventure today and with a bit of luck you will return with a huge progressive jackpot. 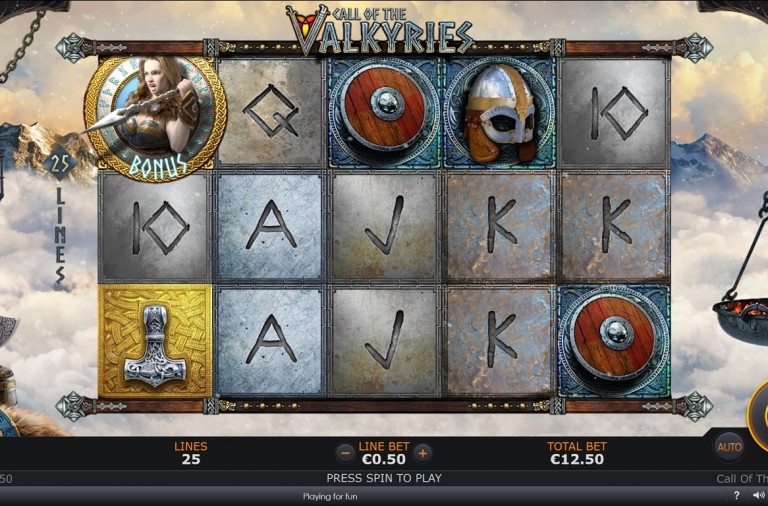 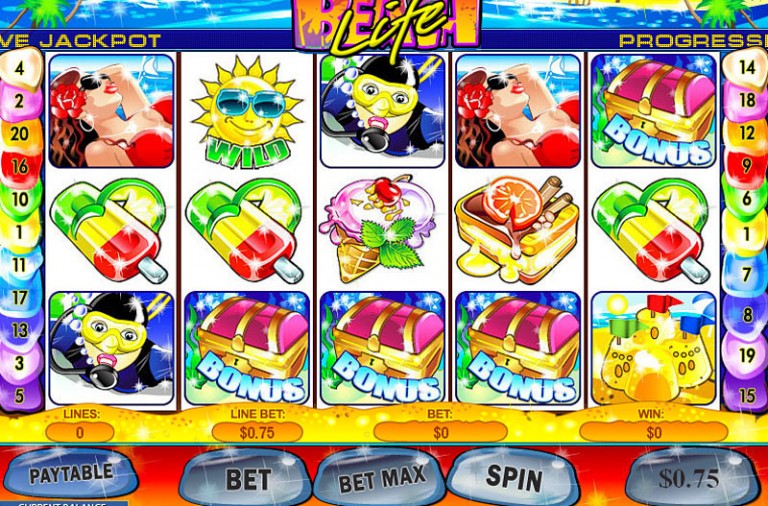 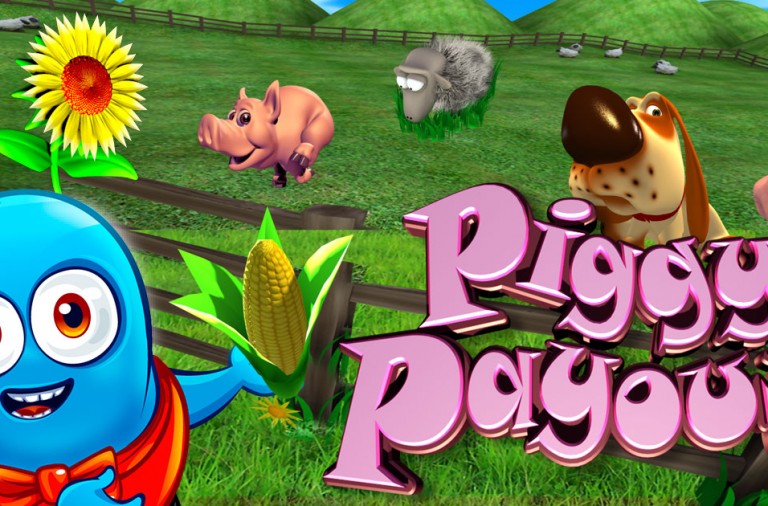