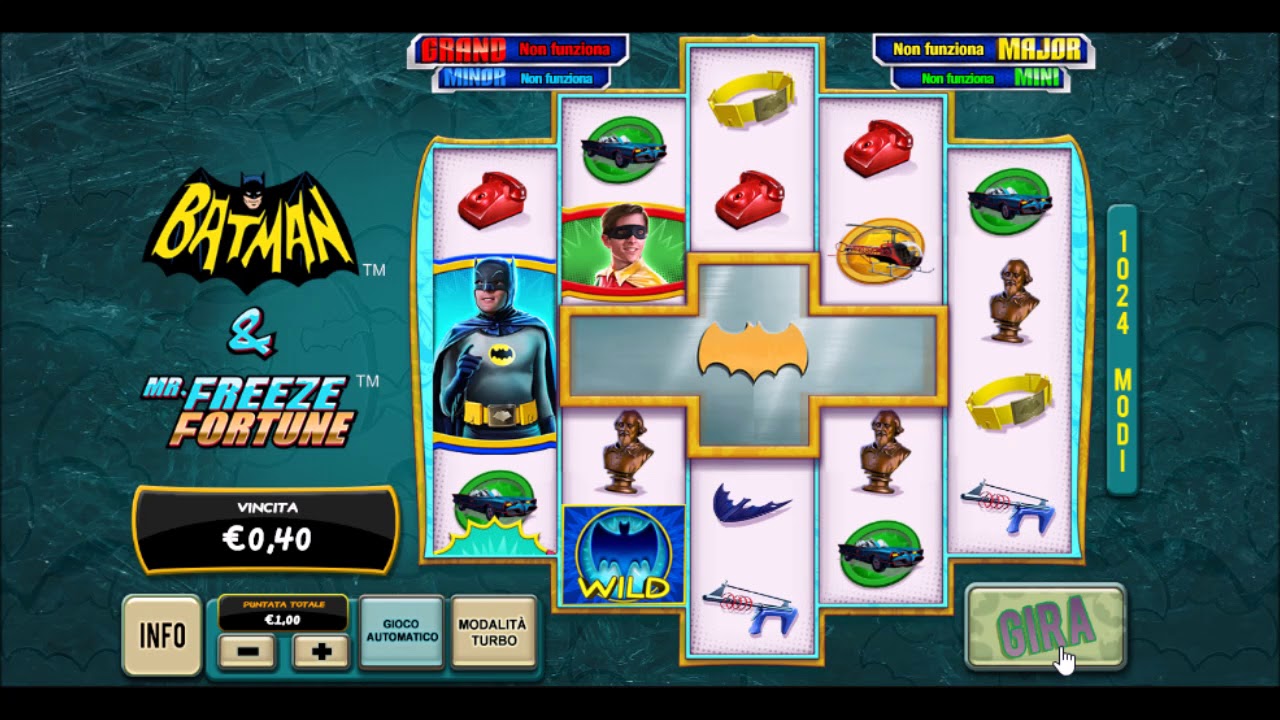 Many people will remember the 1960s Batman television series and if you were a fan of the show and you are interested in big wins then you will no doubt love Batman & Mr. Freeze Fortune slots. Not only does it bring the characters to the reels, but it is linked to four progressive jackpots, the largest of which is worth over €1 million.

It is a 5 reel slot with 1024 ways to win and a slightly unusual layout. Each reel is four rows high but in the middle of the centre three reels, there is a Batman cross, which is an integral part of the slot’s bonus features.

The game’s symbols are all linked to the theme and they include Batman, Mr Freeze, Robin, a Batcopter, a Batmobile, a weapon, a red telephone, a statue, a utility belt and a Batarang.

The wild symbol is the batman logo, it will substitute for all of the symbols, except for the scatter symbol, to help and form winning combinations. The scatter symbols simply say ‘Bonus!’ on them.

Those interested in the progressive jackpots just need to keep the reels spinning. The jackpot game can begin at time and once it does, you are sure to win one of the four jackpots on offer. In the game, you will see a grid of twenty jackpot icons and you need to pick them one at a time to reveal different colours. Each colour represents one of the four jackpots and when uncovered it will fill up a segment in the corresponding jackpot’s meter. You win the first jackpot whose meter you fill. The Mini jackpot is won by finding two green icons, the Minor jackpot is won with three blue icons, the Major jackpot is won with four yellow icons and the massive Grand jackpot is won by finding five red icons.

At any time while playing, the slot’s Polar Prize Vault feature can begin. The Batman cross in the middle of the reels will then reveal one of four bonus features. The Multiplier Wilds bonus awards a multiplier of up to 5x for every wild on the reels. The Win Multiplier bonus will multiply all payouts by up to 10x. The Mr Freeze Symbol Transformation bonus picks a symbol at random and turns all instances of it on the reels into the Mr Freeze symbol. The Wild Mr Freeze Spins respins the reels and any wilds that land will freeze in place, the reels then continue to respin until a win lands.

The Batman vs Mr Freeze Free Games begin when three or more of the scatters land on the reels. Three, four or five scatters award 10, 12 or 15 free spins respectively. The spins are played on a special set of reels with an incredible 2,400 ways to win. Better still, during the spins all wilds become multiplier wilds. They will award multipliers of up to 5x and this can result in some huge payouts.

Set the reels spinning on this slot today and see if you can become the next millionaire winner. 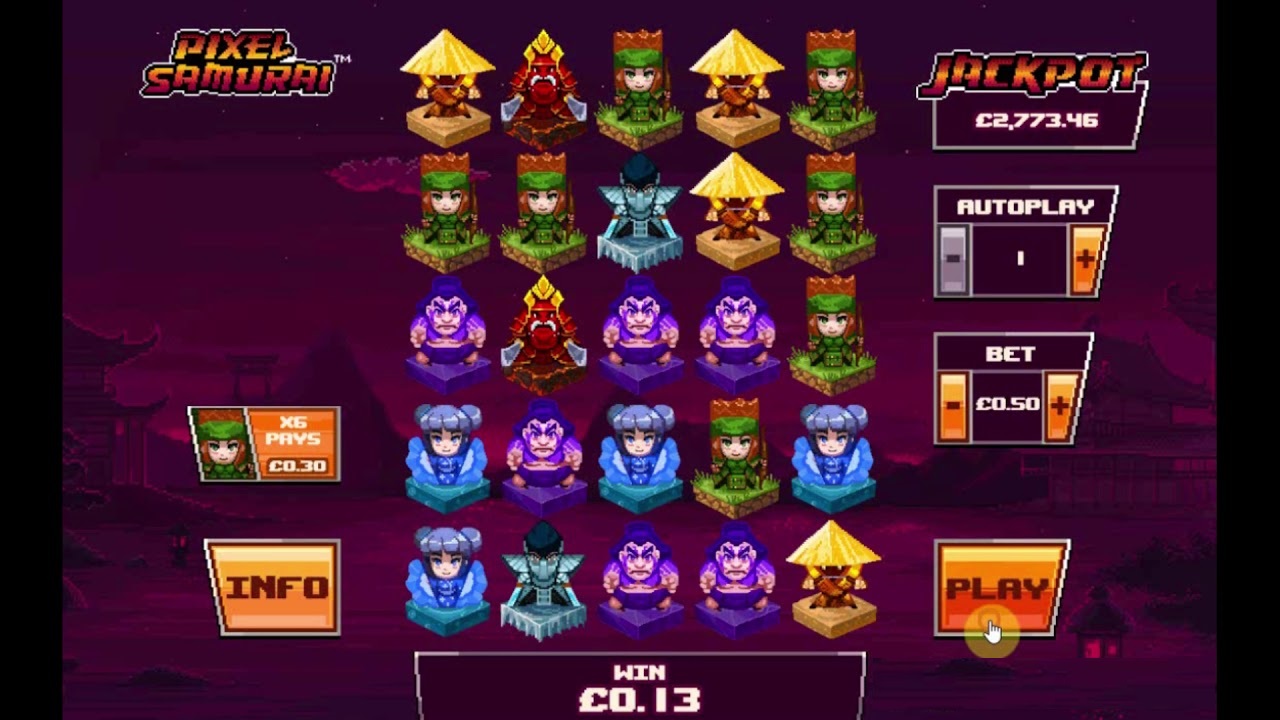 If you enjoy retro style gaming, you are interested in the orient, and you want to win a progressive jackpot worth over €325,000 then Pixel Samurai slots is probably the game for you.

It is an arcade style slot with the action taking place on a 5 x 5 grid of symbols. The grid is transparent and you can see a Japanese landscape with traditional looking buildings stretching into a distance behind it. Above the grid is a dark purple sky with clouds drifting across the top of the screen.

The game has just six symbols, six different samurai warriors, the Red Samurai, the Blue Lady, Subzero, the Yellow Monk, the Purple Sumo and the Green Robin. Payouts are won by landing groups of at least five matching symbols on the grid. The groups can be formed horizontally or vertically but not diagonally.

Every time that you land a winning group on the reels, after the payout, the group will disappear to allow more symbols to fall from above. Hopefully this will form another winning group and the process can then repeat itself. This can continue indefinitely giving you the chance to land multiple wins from a single spin.

Those who are after the progressive jackpot need to keep an eye out for the Red Samurai. You need to land a group of at least eight Red Samurai symbols to win a percentage of the jackpot. The percentage you are playing for will depend on your bet per spin, but you can play for 1%, 2%, 5%, 10%, 20%, 50% or 100% of the jackpot. Thanks to this, no matter what your bankroll is, you will be able to play for some of the prize.

Give this enjoyable slot a spin today and see if you can be the next winner of this huge jackpot. 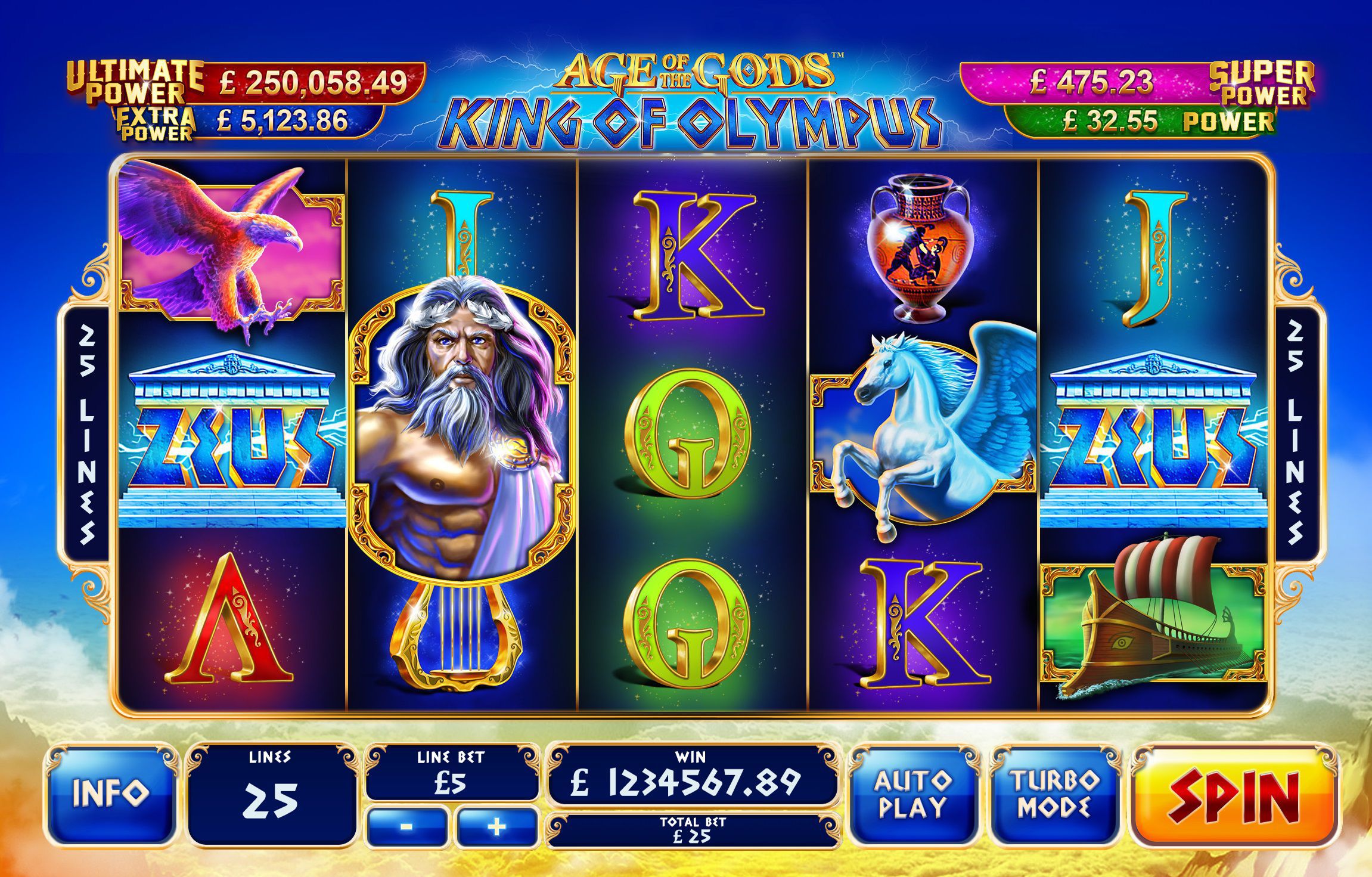 Age of the Gods: King of Olympus is a 5 reel slot with 3 rows and 25 fixed paylines. The reels are set at the top of Mount Olympus, the home of Zeus, with golden clouds floating in the background. There are five high value symbols, Pegasus, an eagle, a ship, a harp and a vase. The lower value symbols are the playing cards J, Q, K and A.

Zeus is the wild symbol, he can substitute for all the other symbols, except the scatter symbol, to help and form winning combinations. The scatter symbol is Zeus’ temple.

The jackpot game can begin at any time, regardless of what you bet or what lands on the reels, so be sure to keep the reels spinning. Best of all, if you trigger the game then you are guaranteed to win one of the jackpots. In the game, you will see a grid of coins and you need to pick from them one at a time to see which of the jackpots they represent. Once you have found three matching coins, you will win the corresponding jackpot. From smallest to largest the jackpots on offer are: Power, Extra Power, Super Power and Ultimate Power.

The free spins begin when three of the Zeus temple scatter symbols land anywhere on the reels. You win ten free spins and they begin with a 2x multiplier. Every two spins the payout multiplier increases by 1x so that the final two spins have a massive 5x multiplier. Better still, to help you land as many wins as possible, a wild symbol is frozen in the middle of the third reel for the duration of the spins.

Why not climb Mount Olympus and join Zeus today and with a bit of luck, he will lead you straight to this huge progressive jackpot. 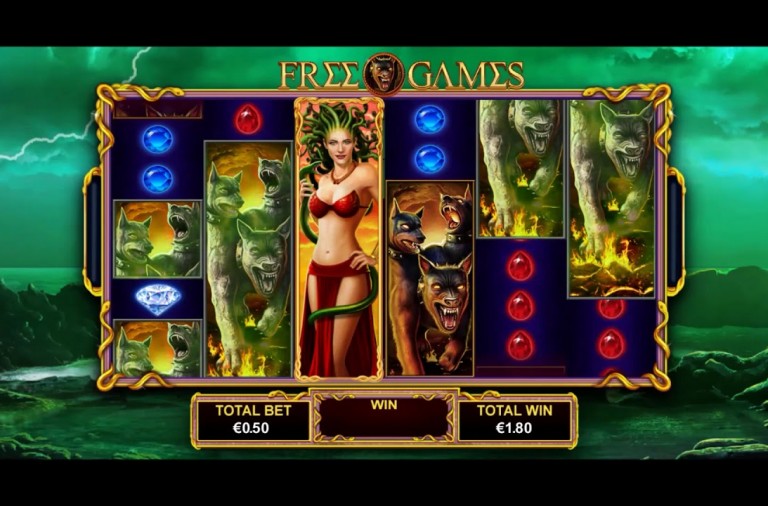 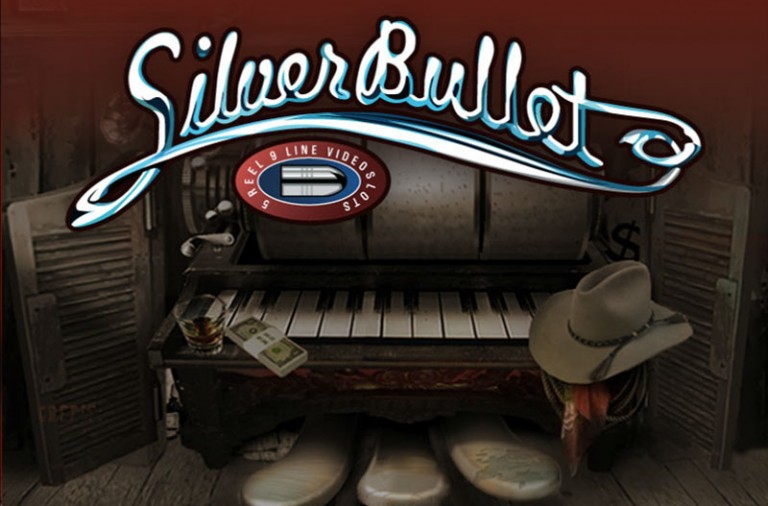 Boost Your Weekend with Progressive Jackpots