Some amazing new slots have gone live at Winner Casino in the last few days. You can delve in to the world of the Suicide Squad and see if you can win a progressive jackpot, take a trip back to medieval Briton, or simply head out into nature in search of big wins. Learn more about these three slots below and start playing your favorites today.

If you like big wins, big animals, and big amounts of fun then the new slot Big Bear is the game for you. It takes you deep into the forest where you will find three free spin games, wild bonus features, and some huge payouts.

Big Bear is a 5 reel slot with 3 rows and 243 ways to win. The reels are set deep inside the forest and behind them you can just make out some murky vegetation and rocks. The high value symbols are all animals and include an eagle, a wolf, a lynx, an otter and a fish. The lower value symbols are the playing cards 9, 10, J, Q, K and A.

The bear is the wild symbol, it can land on reels two and four, and it will substitute for all of the other symbols, except for the scatter symbols. The scatter symbol is a drum with a paw print on it.

Give this exciting new slot a spin today and with a bit of luck you could soon be enjoying huge multipliers and even bigger payouts. 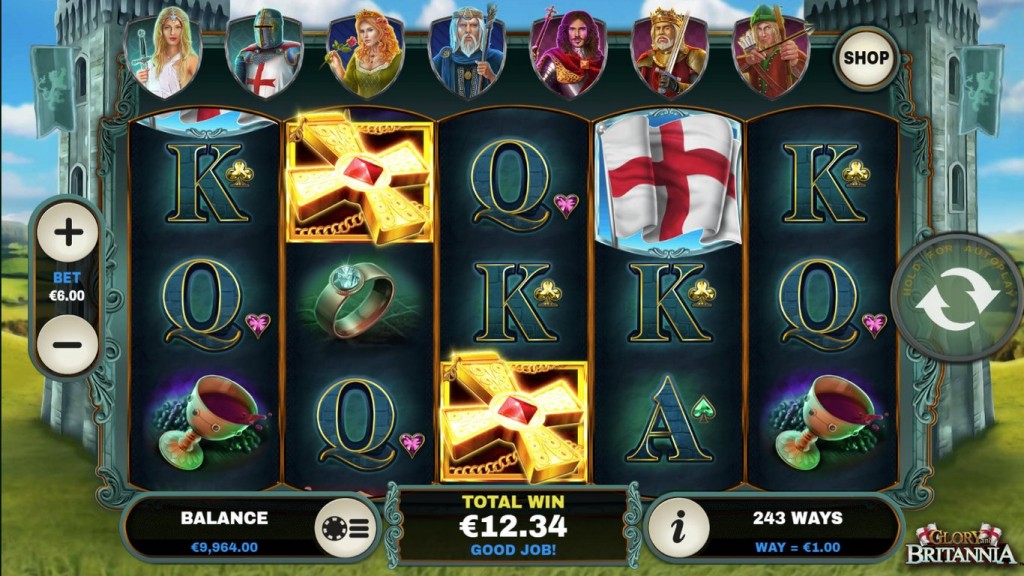 If you grew up loving stories of ancient Britain, tales of King Arthur and Merlin, or of Robin Hood, then you will love this new slot, which brings many of these exciting tales to life on the reels while giving you the chance to win some huge payouts.

It is a 5 reel slot with 3 rows and 243 ways to win with the reels set against a view of a castle in the English countryside. The high value symbols include a shield, a crown, a goblet of wine, a ring, and a book. The lower value symbols are the playing cards 9, 10, J, Q, K and A.

The bejewelled pendant is the wild symbol, it can land on reels 2, 3 and 4, and it will substitute for all of the symbols except for the scatter symbol. The scatter symbol is a flag with St. George’s Cross on it.

The slot has a novel approach to bonus features, it has a ‘Side Bet Shop’. In the shop there are seven possible side bets and you can choose which to activate. Each one adds ten credits to your total bet per spin and each is represented by a different character:

The main free spins game begins when three or more of the scatter symbols land anywhere on the reels. During the free spins an extra row of symbols is added to the reels and this increases the number of ways to win to 1024.

Why not journey back into medieval Britain today and see what riches await you with the helping hand of some truly famous characters. 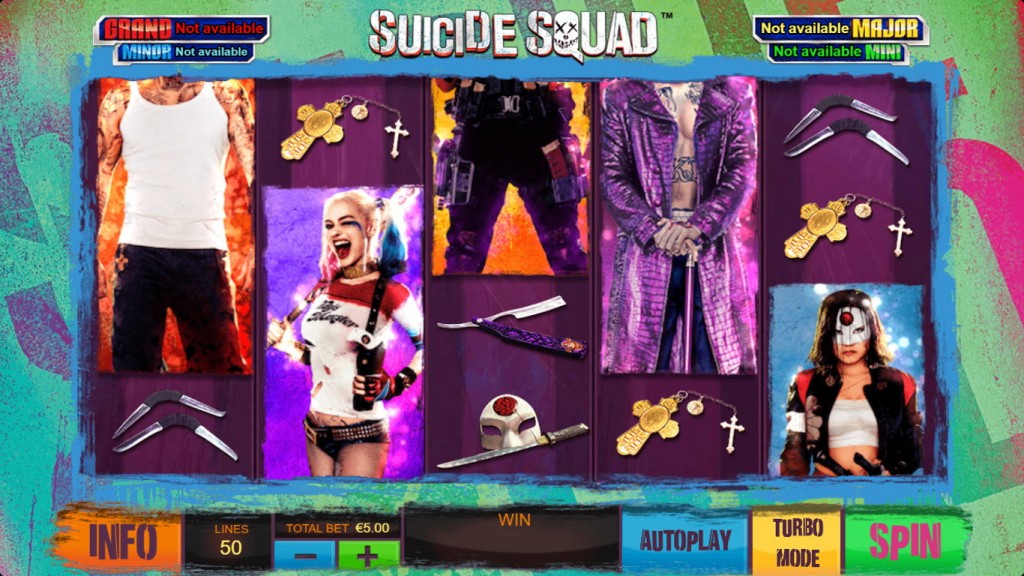 If you liked the 2016 film Suicide Squad then you will love the slot based upon it that is now available at Winner Casino. Not only does it bring the characters to life on the reels, but it is giving you the chance to win four progressive jackpots.

Suicide Squad is a 5 reel slot with 4 rows and 50 fixed paylines. The reels are set on a colorful background and the high value symbols are all characters including Deadshot, Katana, Harley, El Diablo, and The Joker. The lower value symbols include a cross necklace, boomerangs, a baseball bat, a sword, and a razor.

The character symbols can all land stacked on the reels and when they entirely fill a reel, they will add extra dog tag wilds to the reels. Deadshot and Harley will add four wilds, The Joker will add three wilds, and El Diablo and Katana will add two wilds. On subsequent spins, one random wild is removed from the reels with each spin.

Even if you have never seen the film, you are sure to have a great time playing this slot. Try it today and see if you can win the progressive jackpot.